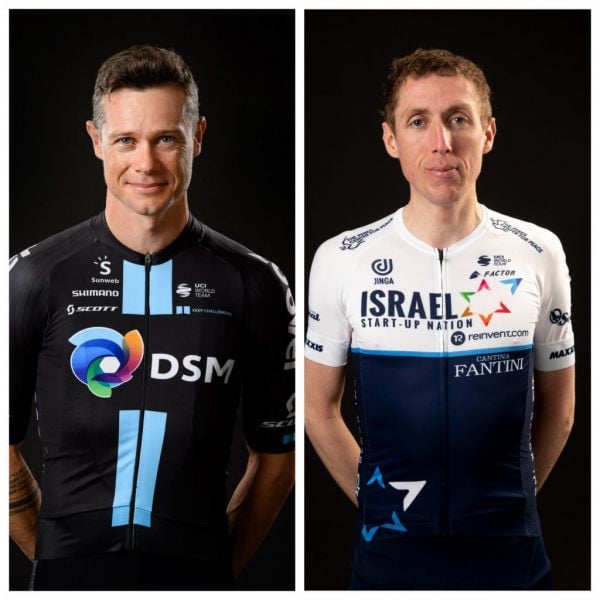 Suiting up for Ireland has always been about more than national pride for Nicolas Roche and Dan Martin.

The cousins will line up in the men’s Olympic road race on Saturday, their third Games together and most likely their last.

“I think it’s very special,” Roche told the PA news agency. “There are a few sporting dynasties and sporting families but it’s been great that myself and Dan have been there for almost 15 years going to the world championships, the Europeans and the Olympics.”

“A couple of years ago we had Dan’s father, my uncle, as a sports director and a soigneur,” Roche added. “Even though we were on a national team it had a family feel to it in terms of comfort.

“There’s always stress there because myself and Dan try to be very competitive, but it’s the little things that make it a bit more cosy.”

Martin will be racing in Japan on the back of an already gruelling season, having contested both the Giro d’Italia and Tour de France, which only finished in Paris on Sunday.

While Martin was racing a Tour he called “one of the most intensive experiences of my life” for Israel Start-Up Nation, Team DSM’s Roche has been training at home in Monaco since finishing the Giro in late May.

They are joined in the Irish team by Eddie Dunbar, the Ineos Grenadiers rider making his Olympic debut.

“He’s very aggressive and quite similar to Dan at the same age,” Roche said of the 24-year-old Dunbar.

“He’s capable of producing amazing attacks. It’s great to have Eddie there, a bit younger minded and not afraid to just try something.”

Dunbar certainly helps bring down the average age in the team.

With Roche 37 and Martin 36, Saturday might not be the end of an era – neither man has any immediate plans to retire – but it might just be the beginning of the end.

“It could be, you never know,” Martin said. “We’re both getting to the twilight of our careers. I’m pretty sure I won’t be going to the next Olympics so this is my last opportunity to get a medal.

“I’ve done the Olympic thing now, I’m not just going to get the t-shirt, I’m going to try and get a medal.”

Martin may not expect to race in Paris, but Roche would love to sign off his career with a fifth Olympic appearance in 2024.

Out of contract with DSM this summer, Roche knows his future is uncertain, but he is not ready to walk away from the sport yet.

“The next Games are only three years away so fingers crossed,” he said. “How great would it be to finish the last race of my career in the Olympics?

“For now I’m still pushing for a contract for next year but I’m going to think about it.

“It takes a lot of sacrifice to get to the Olympics. I’m definitely not a favourite to get a medal or anything, but it’s just special to go.”