Laois walking track gets a makeover 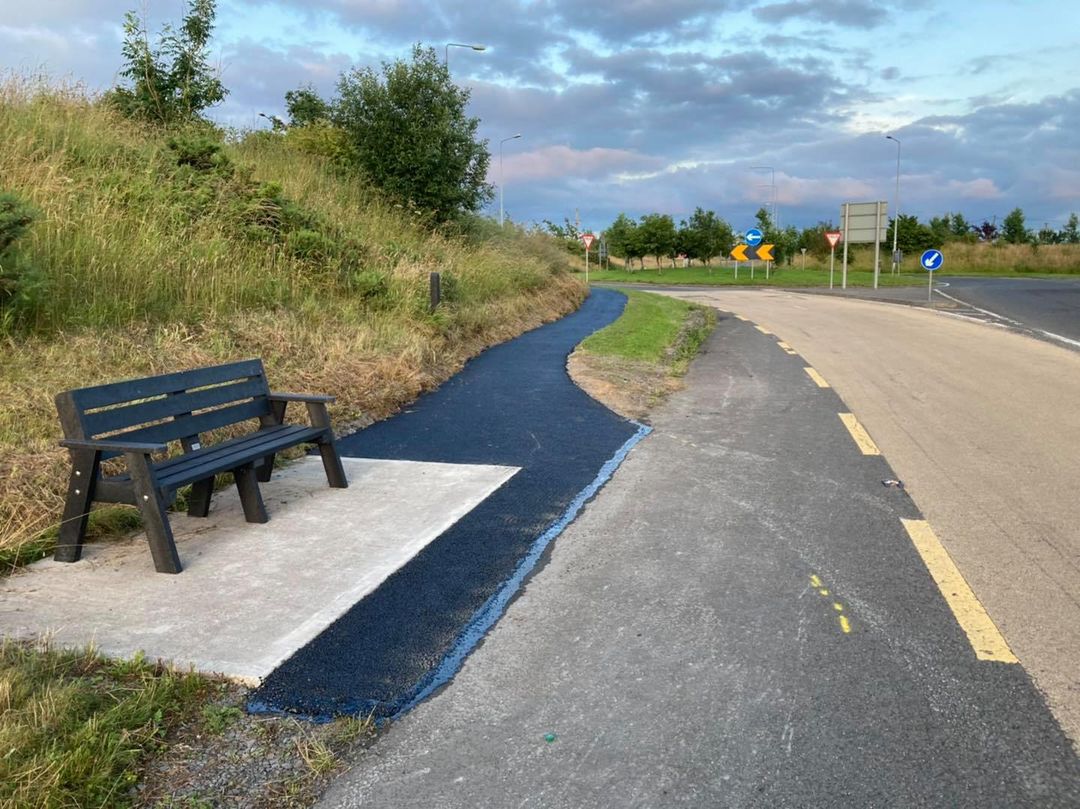 A POPULAR walking track in a Laois village has been fully resurfaced, bringing even more people out and about to enjoy the scenic route.

Laois County Council has just completed resurfacing of the 3.4km Slí na Sláinte walking track in Borris-in-Ossory, which is one of the most popular walks in the area.

The work was highlighted by county council cathaoirleach cllr Conor Bergin, at the latest meeting of Borris-in-Ossory/Mountmellick Municipal District. He said the new tarmac surface would make it much easier for local walkers, with many using the track every day.

However, he asked the council to install a white line to protect pedestrians, between the R445 Roscrea Road roundabout and the R435 Shanboe roundabout. The proposal was seconded by cllr John King.

A council official replied that footpaths are being installed on approaches to the roundabouts and council staff would meet cllr Bergin on site to discuss requirements.

Welcoming the response, the Fine Gael councillor said: “There was a very bad surface but it is very good now and it is probably the most popular walk in Borris-in-Ossory

“Well done to the committee and Borris Community Development Association for all their hard work in driving this project, along with the amenity area.”