Portlaoise Court: Man called garda spastic and urinated on a blanket while detained in a cell 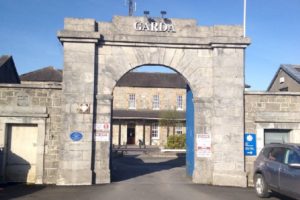 A man who called gardaí spastics and urinated on a blanket while detained in a cell at Portlaoise Garda Station appeared at the local District Court last Thursday.

He faced the court charged with being intoxicated in public, engaging in threatening, abusive and insulting behaviour and with criminal damage on 28 May.

Outlining the events that took place at 6am that morning Garda Sergeant JJ Kirby said that gardaí received phone calls about a disturbance at 6am that morning. When they arrived at the home of the 35-year old defendant they found him banging on a house door. When gardaí approached him he called them spastics.

When he was arrested and placed in detention in the garda station he urinated on a blanket and around the cell area which cost €250 to clean up.

Defending solicitor Philip Meagher said that his clinet and his wife had earlier been at a 10th wedding anniversary of one of their relations.

“When he returned home, and in his inebriated state, he said he wanted more drink. This led to an argument with his wife who put him out of the house. He was banging on his door looking for reentry when the gardaí approached him,” said Mr Meagher.

The solicitor said his client had €250 with him in court to pay for the clean-up of the cell.

“That’s a great example to be setting for your children. I hope this is the last time for this,” said Judge Catherine Staines?

“I think he has learned his lesson,” said Mr Meagher.

Noting that the man had no previous convictions for these types of offences and that “he was banging on his own door,” and had compensation with him in court, Judge Staines went on to impose the Probation Act.