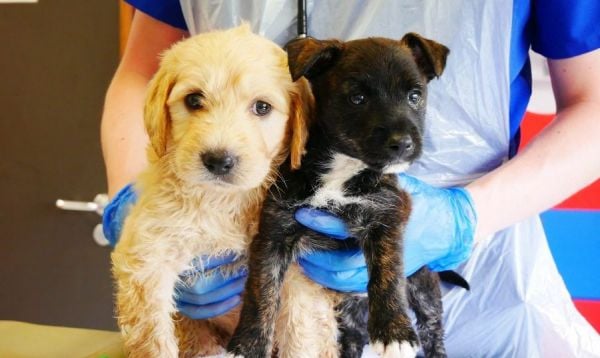 Two puppies were rescued by Revenue Officers at Dublin Port today after they were found in 20-degree heat in the back of a van.

The van where the cross-breed puppies were discovered had no ventilation and the temperature inside at 7.30am was 20 degrees, according to officials.

A Dublin Society for the Prevention of Cruelty to Animals (DSPCA) spokesperson said: “These poor puppies had no access to water and were incredibly stressed.

“Had they not been found they would have endured a horrendous journey on board the ferry to the UK especially with the heatwave that we are experiencing.

“Words can not comprehend how any living human being could think that this is ok.” 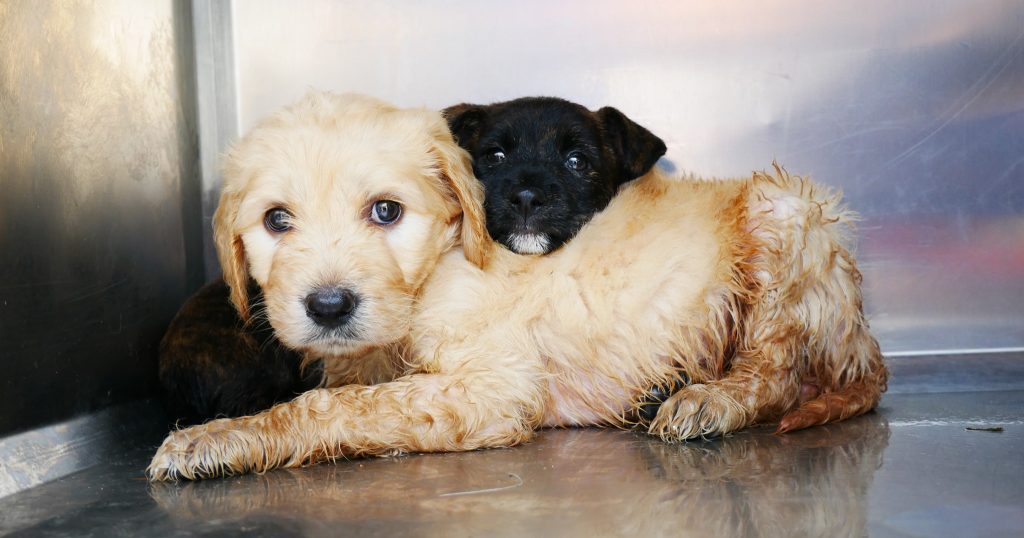 The puppies are now named Summer and Solero. Photo: Courtesy of the DSPCA.

The spokesperson continued: “One of our inspectors brought the puppies, who are now named Summer and Solero, back to the shelter and they are in safe hands now.”

The puppies are receiving veterinary care for possible dehydration, parasites and are being tested for viral infections.

The case is under investigation by the DSPCA and as a result the puppies are not yet available for rehoming or fostering at this time.

“The DSPCA would like to thank Revenue Officers at Dublin Port,” added the charity spokesperson.