What to expect from an Olympic opening ceremony with a difference 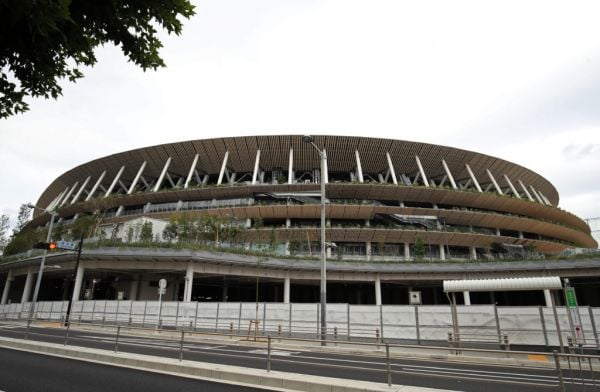 Tokyo is bracing for an opening ceremony like no other at the Olympic Stadium on Friday night at 8pm in Tokyo (that’s 12pm lunchtime in Ireland).

The traditional lighting of the torch will take place in front of empty stands as the city buckles down in its battle against rising coronavirus rates.

The traditional athletes’ parade will still take place, but its impact will be curtailed, with the biggest nations sending significantly reduced delegations to march round the stadium.

Who is going to watch the ceremony?

Emperor Naruhito is reportedly due to be the guest of honour but he will be joined by only a handful of VIPs. The respective heads of Toyota and Panasonic, among others, have declared that they will stay away due to concerns over the public’s negative perception of the Games. Media will also be permitted to cover the ceremony but members of the public have been barred.

Yes, but in vastly reduced numbers. Many athletes with imminent competitions prefer to stay away, but the number of absentees has been swelled by those who have legitimate concerns over the spread of coronavirus.

What form will the ceremony take?

Japanese media say the ceremony will be “solemn”, in keeping with the ambivalent – at best – attitude to the Games in Tokyo, and even that Emperor Naruhito will refrain from using the word ‘celebrate’. That means it is unlikely any big-name musical stars will be flown in for the occasion. Besides, the ceremony has been hit by a series of scandals, culminating in the dismissal of its director Kentaro Kobayashi on the eve of the event due to alleged anti-Semitic jokes he made during a comedy routine in 1998.