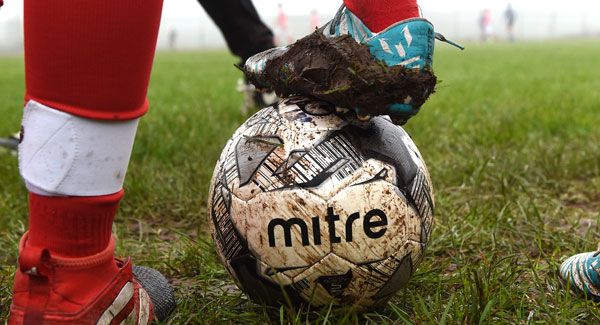 A MINOR soccer match in Laois had to be abandoned over the weekend due to what is being called a racially motivated incident.

An U17 match between Abbeyleix AFC and Mullingar Athletic B was being held at Fr Breen Park in Abbeyleix when it had to be abandoned.

It is understood the Combined Counties Football League (CCFL) management are investigating an alleged incident which occurred during the match.

A spokesperson for the League, Mick Gorman, CCFL Disciplinary Chairperson said he could not comment on the incident but said what happened “was unfair” and the matter would be dealt with imminently.

Mr Gorman would not be drawn on whether the racial abuse involved any players, officials or spectators. A statement from the Abbeyleix club described it as an “unsavoury incident”.

The statement said: “Abbeyleix AFC Club committee and management are aware of an unsavoury incident in today’s (Saturday) U17 CCFL Summer cup quarter-final resulting in the abandonment of the game.

“We would like to take this opportunity to unreservedly condemn the actions of any person engaging in racial abuse towards Abbeyleix AFC players or indeed towards any persons, whether on or off the field of play.

“The entire club stand 100 per cent behind our young talented U17 squad and offer our support to those affected by today’s incident. We await the referees report and expect CCFL to fully investigate.”

“We offer our full co-operation to same and hope those involved will be held responsible and educated as to their future conduct,” the statement added.