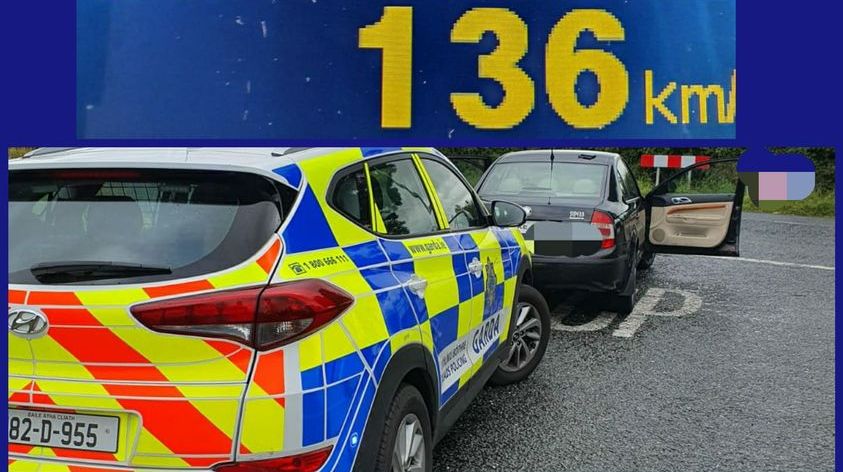 Gardaí after stopping the car, which was driven at 136km/h in an 80km/h zone by an unaccompanied learner driver today

A CAR has been seized from a reckless learner driver, who was recorded doing 136kph on a wet road in an 80kph zone.

The culprit was not only unaccompanied but also had no insurance when he was caught red-handed by gardaí today.

The vehicle was seized and the driver faces a court appearance for a litany of offences, following the incident in Offaly today.

Members of the Offaly Roads Policing Unit were out on patrol in wet conditions when they clocked the car doing 56kph above the speed limit.

When they spoke to the driver, they discovered that he had a learner permit and was not accompanied by a qualified driver. He also had no insurance.

The car was seized immediately on the roadside. The driver is being prosecuted for all offences. 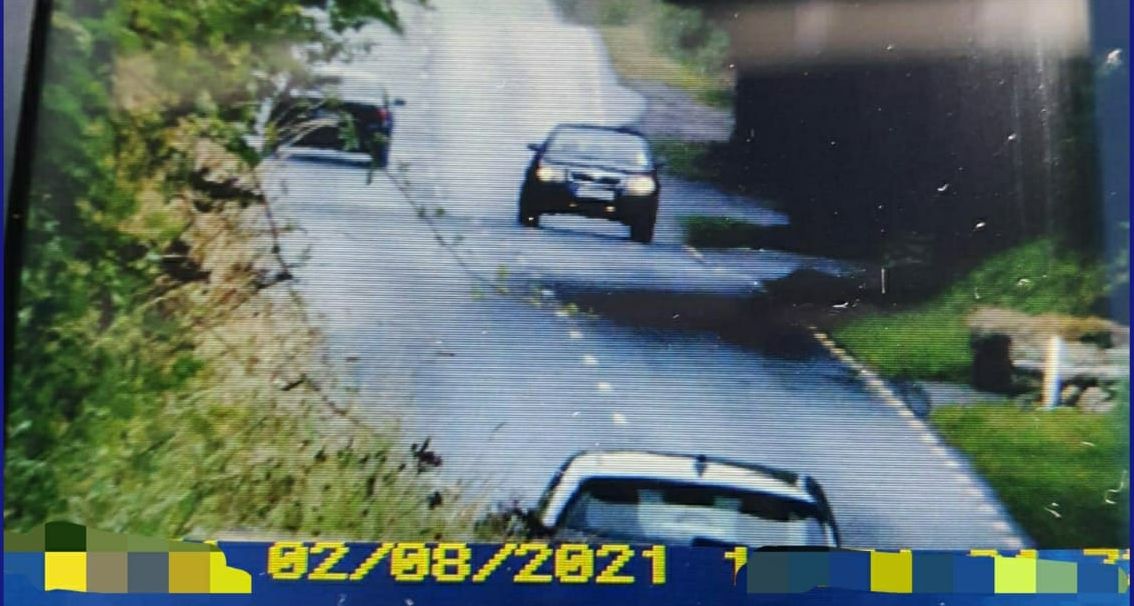