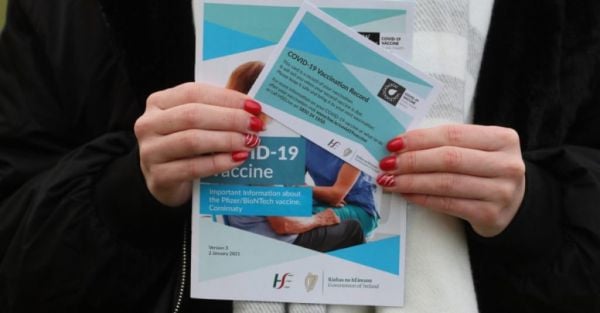 The HSE has been “blown away” by the number of people who attended walk-in Covid-19 vaccination centres over the bank holiday weekend, however, concerns still remain regarding high daily case numbers.

Over 30,000 vaccine doses were administered over the weekend, according to HSE chief executive Paul Reid, “outstripping our expectations by far”.

“All age groups went through but this initiative makes us beyond proud of younger people. When needed, they once again showed up in numbers,” he tweeted on Tuesday morning.

Long queues were seen outside vaccination centres around the country since the walk-in appointments began on Saturday.

Over 30,000 people were administered a vaccination at our walk in centres the weekend. Outstripping our expectations by far. All age groups went through but this initiative makes us beyond proud of younger people. When needed, they once again showed up in numbers. @HSELive

The positive uptake of the vaccine across all age groups has been widely praised by officials, however, concern remains regarding the “slowly, continuously rising numbers of hospitalised cases”.

According to The Irish Times, Ministers will meet later this week to discuss the rising number of patients with Covid requiring hospitalisation.

On Monday, the Department of Health confirmed there were 177 people with the virus in hospital, 27 of whom were in ICU. Mr Reid said a “snapshot” of hospitalised cases over the weekend found 78 per cent of those now in hospital with the virus were not vaccinated.

The meeting is due to be held virtually on Friday, however there are hopes among Ministers that daily case numbers may be plateauing.

The National Public Health Emergency Team (Nphet) are also due to meet this week to discuss the current trajectory of the virus, while Government will again meet with representatives from the hospitality industry regarding the return of normal trading hours for pubs and restaurants, in addition to the winding down of current restrictions.

Speaking about the success of the weekend’s walk-in vaccinations, the coordinator of the HSE’s vaccination programme, Damian McCallion said the system will be evaluated to see if should be repeated.

Speaking on Newstalk Breakfast, Mr McCallion said that the overall figure for the bank holiday weekend would be 30,000, half of whom had not been registered for the vaccine.

“Overall we’re very happy with it. It has worked very well.”

Monday was the busiest day of the weekend, with 11,000 people aged over 16 availing of the walk-in vaccine facility at centres around the country. One walk in clinic remains open today in Tralee from 11am-3pm, he added.

Mr McCallion pointed out that the vaccine will still be available through GPs and pharmacies and at the 42 vaccination centres around the country.

He also added that registration for teenagers aged 12-15 should open “in the next couple of weeks,” with an exact date to be announced later this week. He urged parents and guardians to “take the advice of the professionals” and make the choice to have their child vaccinated.