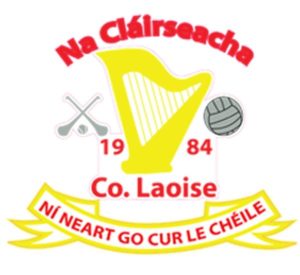 JUST nine days after regaining their senior status, The harps this morning informed Laois GAA that they would be unable to fulfil their opening championship game due to be played this Friday.

The Durrow based club were due to take on Clough/Ballacolla but due to a number of players in the club recording positive Covid tests they sought the deferment which was granted.

The club have until the following Wednesday, 1 September to play the championship opener or else they will have to give a walk over to Clough/Ballacolla.

This judgment was made in light of Covid-19 regulations adopted by Laois GAA earlier this year.

The regulations state: “If the HSE or an official government body issues a quarantine order to a club, which will prevent that club from fulfilling their fixtures due to Covid-19 or where a club can satisfactorily demonstrate that in excess of four adult players from their club are unavailable due to being diagnosed positive for Covid or being considered a close contact of a Covid case, the following shall apply.

“The club may seek a postponement of a championship fixture from the CCC in this scenario, and such game will be re-fixed for a time and date, within a 5-day period from the original fixture, as considered appropriate by the CCC.

“In the event of a club being unable to fulfil a championship re-fixture in such circumstances, the game will be awarded to the opposing team, but without any further penalty being imposed on the Club (i.e Fine or Relegation where applicable).”