Grant Engineering, Ireland’s leading home heating appliance manufacturer, has invested over €250,000 in pioneering a major R&D breakthrough that could help reduce carbon emissions in rural and hard to heat homes throughout Ireland, including homes in Laois. The breakthrough will also help prevent Irish homeowners from incurring the high cost and subsequent disruption to daily life of deep retrofitting.

Grant has been at the cutting edge of sustainable and innovative product development for over 40 years with one of the first condensing oil boilers on the market, launched under the Grant Vortex brand name. The introduction of this unique product was the catalyst for a sustained increase in boiler efficiencies throughout the industry and a reduction in running costs for homeowners. The higher efficiencies from these appliances have, over the past 15 years, contributed to a reduction in carbon emissions in Ireland amounting to many millions of tonnes. 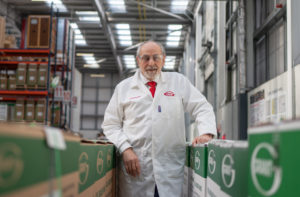 Looking to the future, over the past six years the Grant R&D team has worked with third level institutions, industry partners and renewable fuel producers, focusing on more sustainable and carbon saving fuels and innovating its boilers to be biofuel compatible.

Commenting on the R&D project, founder Stephen Grant said, “In the early days of our research, we identified potential bio and synthetic fuels that would both meet greenhouse gas reduction targets and be commercially viable. This began with developing a boiler that could use a biofuel called FAME (fatty acid methyl esters). Our team successfully used a 30% blend of FAME with regular kerosene, although problems arose though when the blend of biofuel exceeded 30%. This resulted in increased NOx emissions, issues with fuel storage stability and more rapid aging or poor performance in cold conditions.”

“The breakthrough came during testing and field trialling with boilers successfully using 100% biofuel known as Hydrotreated Vegetable Oil (HVO). While HVO is a relatively new fuel to Ireland, in Europe and the UK it is used for Marine and Public Transport and to power generators. In Europe, Neste a Finnish company, is the largest producer of HVO with plants in Finland and Rotterdam.”, added Stephen.

Neste, together with other HVO producers are focusing on utilising lower quality waste and residue materials and on the development of promising new raw materials, such as algae and microbial oils.

HVO currently available in the UK and Ireland is manufactured from 100% renewable and sustainable waste derived raw materials and certified via the International Sustainability and Carbon Certification (ISCC) scheme.

Other producers include Italian Energy company ENI and French Energy company TOTAL. Additional HVO plants throughout the EU and UK are also currently under construction.

Stephen comments, “The use of 100% HVO, can result in around 88% reduction in carbon emissions and using this or a percentage blend of HVO with kerosene, will enable rural and hard to heat Irish homes to transition to a renewable green alternative from 100% kerosene at an affordable cost and minimum disruption to their home lives. In terms of renewable heating, using 100% HVO could in fact provide a more sustainable way to heat existing homes than a heat pump.”

Heat pumps, which use electricity, are a perfect solution for new builds as the minimised heat loss of these homes now perfectly matches this medium temperature technology. Retrofits can be more difficult because the layout, construction, and existing heating design of older buildings traditionally incorporated high temperature heating systems. For a building to become heat pump ready it may cost tens of thousands of Euros to upgrade the building fabric and increase air tightness. This is before considering the actual cost of purchasing a new heat pump and cylinder or upgrading to underfloor heating or larger radiators, if required. A deep retrofit can include employing builders, carpenters, plumbers, electricians, painters, insulation fitters, window and door fitters. The whole process can become very costly and disruptive for homeowners.

All new Grant condensing boilers are future-proofed to use HVO through making a slight modification to the boiler, such as adapting the size of the fuel injector nozzle, fuel pump pressure and blast tube. Older Grant condensing boilers can also be adapted to HVO, but this may require a new biofuel burner that is matched with the specific boiler. These modifications can be carried out by a service engineer during an annual service.

One very important benefit of HVO to the Irish construction industry is that builders and relevant trades can continue to focus on building new houses in large numbers without being diverted to slow and costly deep retrofitting projects, enabling more heat pumps to be fitted.

“Utilising HVO will also help Ireland to significantly decarbonise approximately 680,000 existing residential homes, at a cost of approximately €500 per existing oil boiler installation when matching and changing to a new biofuel burner and substantially less if the boiler is already biofuel ready”, said Stephen.

HVO is widely available on continental Europe and its availability in Britain has increased dramatically over the past two years. It is however only starting to become available in Ireland. Distributors on the island of Ireland include Nicholl Oil in Carryduff, Co. Down and Inver Energy in Blackpool, Co. Cork.

Grant is in the process of launching a Service Engineer Biofuel Conversion Course through their eLearning academy. This will cover a basic introduction to HVO, including the necessary steps required to convert boilers to run on this biofuel, and is open to all qualified service engineers/technicians.

“As a company we remain committed to helping homeowners throughout Ireland reduce their carbon footprint and future-proof their homes. Our R&D team continues to research alternative synthetic liquid fuels and biofuels and welcomes any potential partnerships which could further the development of innovative renewable heating technologies. That may include liquid fuel, biomass, solar thermal, refrigerant, combustion, condensing and hybrid Technology.”

In helping to advance the deployment of renewables in Ireland the UK, Grant is currently part of the Rural-Led Energy Transition (RULET) headed by Ulster University. RULET is aimed at reducing or eliminating the risk of low-income households being left behind in the transition to clean, smart, integrated energy systems. As part of the initiative, the Grant hybrid heat pump system which has been designed for social housing, has been installed in the most vulnerable households in the western counties of Northern Ireland, a wind energy hotspot. The hybrid system will run at high efficiency using wind energy stored overnight helping to significantly reduce fossil fuel consumption and carbon emissions.