Paralympians are an inspiration to us all 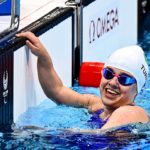 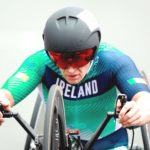 THERE was once a bunch of tiny frogs, who arranged a running competition. The goal was to reach the top of a very high tower. A big crowd gathered around the tower to see the race and cheer on the contestants.

No-one in the crowd really believed that the tiny frogs would reach the top of the tower. They shouted “oh, way too difficult! They will never make it to the top” and “not a chance, the tower is too high”.

The tiny frogs began collapsing one by one, except for those who, in a fresh tempo, were climbing higher and higher …

The crowd continued to yell “it’s too difficult, no-one will make it”.

More tiny frogs got tired and gave up, but one continued higher and higher. This one wouldn’t give up. And he reached the top.

Everyone wanted to know how this one frog managed such a great feat.

His secret? This little frog was deaf!

The wisdom of this story is: ignore the pessimism of others. It can take your dreams from you. Stay positive.

Athletes recently competing in the Tokyo Paralympics are a source of deep inspiration. Their task is not just to compete at the highest level, but to struggle past greater challenges than most as they cope with a range of disabilities. To the rest of us, it seems an impossible task, yet their triumphs delight at an instinctive level because we sense that, in a world of sporting millionaires, they bring us to the very essence of sport and the character and resilience it inspires at its best.

In life, we all find our path as we make our own journey. It was also lovely to be inspired by ***Irish Times*** sports journalist Joanne O’Riordan during her commentary on RTÉ throughout the Paralympics. Her personal philosophy – ‘no limbs, no limits – reminds me of the following powerful poem that perhaps we all need to read and absorb frequently.

***When things go wrong, as they sometimes will,
And the road you’re trudging seems all uphill,
When the funds are low and the debts are high,
And you want to smile, but you have to sigh,
When care is pressing you down a bit,
Rest if you must, but don’t you quit.

Life is queer with its twists and turns,
As every one of us sometimes learns.
And many a failure turns about
When he might have won had he stuck it out.
Don’t give up though the pace seems slow,
You may succeed with another blow.

Often the goal is nearer than it seems
To a faint and faltering man.
Often the struggler has given up when he
Might have captured the victor’s cup,
And he learned too late when the night slipped down,
How close he was to the golden crown.***

Success is failure turned inside out,
The silver tint of the clouds of doubt,
And you never can tell how close you are.
It may be near when it seems afar.
So stick to the fight when you’re hardest hit.
It’s when things seem worst that
You musn’t quit.

Fr Paddy Byrne: Change must come in the wake of Ashling’s death

Fr Paddy Byrne: Leave your phone at home and smell the roses