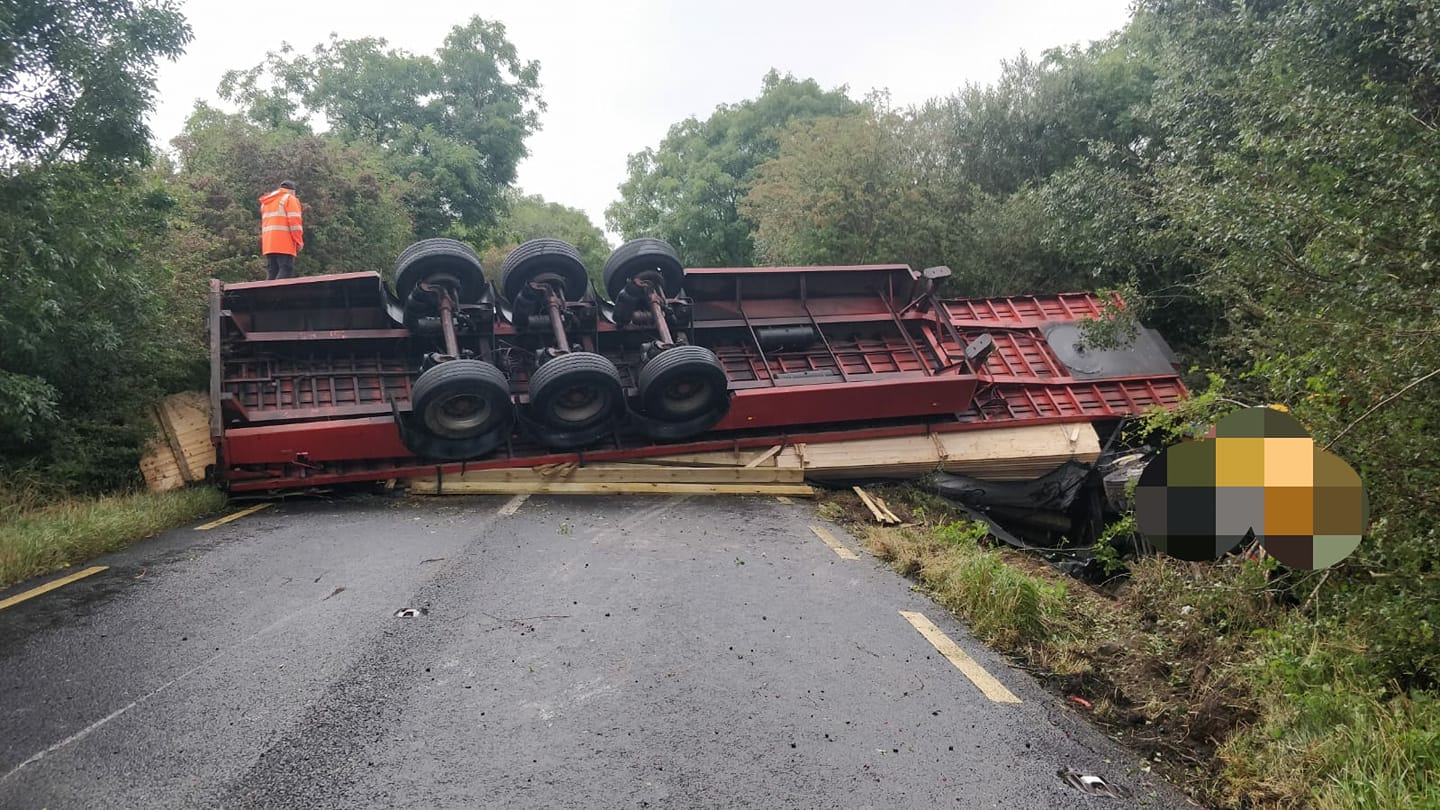 The scene on the N80 Portlaoise-Mountmellick road after a truck overturned. Photo: Laois-Offaly Garda Síochána

THE main road between Portlaoise and Mountmellick has reopened, after a serious accident yesterday in which a truck carrying timber overturned.

Gardaí confirmed this morning that the N80 between the two towns has reopened, following a major clean-up operation overnight.

The shocked lorry driver was transported to hospital by ambulance and is in a stable condition.

The road was completely blocked for hours, after the heavy vehicle transporting a load of timber overturned, near the turn-off for the Kyletalesha landfill site.

Emergency services attended the scene and detours were set up, as the difficult task of removing the heavy vehicle got underway.

The incident happened at about 4.30pm yesterday afternoon and the route remained closed until the early hours of this morning.

According to gardaí, the driver is in a stable condition and it is understood that he did not suffer serious injuries.

A stop-go system will be in operation at the crash site for the next three days, while road repairs and reinstatement of verges are carried out.

According to Laois County Council, the temporary stop-go traffic lights will be in place from today until Thursday 16 September, from 9.30am until 6pm daily.