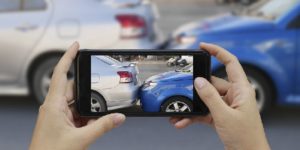 A motorist who caused a multiple pile-up appeared before Portlaoise District Court last Thursday on a careless driving charge.

Garda Sergeant JJ Kirby said that on 21 October last, gardaí received a report of a four-person road traffic accident that had taken place in Colt, Ballyroan.

He said a car had rear-ended into the back of three other cars. Three people were hospitalised, but none had serious injuries.

Arising from the incident a 32-yaer old man pleaded guilty to the offence.

Sgt. Kirby said that the man told gardaí that a “watery sun had blinded him” before the incident. Defending solicitor Aengus McCarthy said thathis client works for a mechanic and at the time was bringing the car for an NCT test.

“He thought that he was far enough behind the cars. He was fully insured and no-one was left out of pocket following the incident,” said Mr McCarthy.

Judge Bernadette Owens convicted the defendant of the offence and fined him €250.