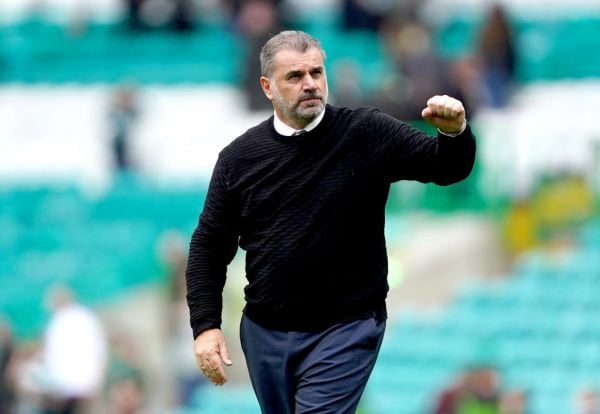 Ange Postecoglou has challenged his Celtic team to show their resilience in Seville on Thursday as they prepare to face Real Betis without captain Callum McGregor.

The Scotland midfielder will miss the Europa League opener in Spain after sustaining a knock, while attacker Liel Abada will be absent as he is observing the Jewish holy day of Yom Kippur.

With talismanic striker Kyogo Furuhashi also out, Postecoglou knows his team face a stern test against a side who finished sixth in LaLiga last term.

He said: “It’s not great for us because Cal’s obviously a very influential player for us. We’re going through a period like that at the moment where we’re getting some significant outs (absentees) but it’s kind of been the state of play since I got here.

“We’ve been in a constant state of flux and not been able to settle. I see that as an opportunity for us to build resilience through this period. If we can get through these periods without shifting from the kind of team we want to be, then it’s going to make us even stronger once we get everyone back.”

Right-back Anthony Ralston is available after missing last weekend’s win over Ross County as Celtic return to the city that hosted their 2003 Uefa Cup final defeat by Porto, when they memorably took a huge travelling support to Andalusia.

He said: “There’s obviously a historical significance with us going back to Seville. When you walk around Celtic Park, there are images everywhere of Martin O’Neill or our fans enjoying the past experience on that day in Seville, so of course that has an impact.

“But it also motivates you to make your own stamp. That’s what I keep saying to this team – they’ve got an opportunity to create their own moments in this club’s history.”

Postecoglou is excited by the prospect of facing Manuel Pellegrini’s Betis side in the first match of a group that also contains Ferencvaros and Bayer Leverkusen.

He said: “We had somebody watch them watch play on Monday. We’ve got all the information we need on them. They’ve brought in one or two but they’re a pretty settled team. They had a fantastic season last year and they’ve got an outstanding manager but they’re the type of opposition we want to test ourselves against.

“It’s why we were so pleased to get into this group stage because we knew we’d get some pretty exciting fixtures. We want to enjoy it but we’ll only do that if we have an impact. Can we play our football against some quality opposition home and away?

“We’ll hopefully be involved in some special nights but I want the enjoyment to come from us believing in the kind of football team we want to be.

“I don’t want us to be fearful or hesitant. To truly take in an experience, I’ve always felt that you need to give all of yourself and believe in something, and usually you come away having lived that experience to its fullest.”