Councillors push back against changes proposed to rural housing in Laois 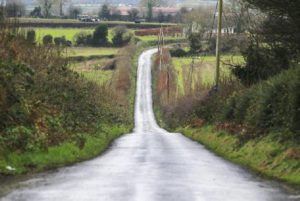 Councillors mounted a robust defence of rural living when they opposed changes that the Chief Executive of Laois County Council John Mulholland was recommending to rural housing and regeneration guidelines in the draft Laois County Development Plan.

At a special meeting to discuss Mr Mulholland’s recommendations in the draft plan councillors pushed back and said they were not accepting the changes, which they said, if accepted, the current generation would be the last people “allowed to build and live in a home in the majority of rural areas in County Laois.”

The Office of the Planning Regulator (OPR) requested that the Chief Executive review a number of existing rural designations in the county and make changes.

However, Cllr Pádraig Fleming said that the combined effects on the areas listed in the draft plan, “means the vast majority of County Laois will be listed under areas of strong urban influence making it much more difficult for rural people to obtain planning in rural areas.”

He said that a reference to a member of the rural community in the current development plan, has now been replaced by “an individual with a social or economic need to reside in rural Laois,” which he said, “is a fundamental switch.

Cllr Fleming said that the proposal by the Chief Executive “to include most of County Laois as an area under strong urban influence “is not justified. Since the current plan was introduced in 2017 many areas have had only a small number of houses built in the areas.”

He also said: “The proposal in the draft plan that people “who need to live in rural areas must reside within 8km of where they are from or their farm is excessively restrictive.

“If this continues it is guaranteed to be the last generation of people allowed to build and live in a home in the majority of rural areas in County Laois. This means many voluntary community and sport organisations and teams will only be for people in towns and villages in the future as there will be so few people living outside these areas after a generation.”

Cllr Willie Aird said: “No matter who goes looking for planning permission they have to first go to a pre-planning meeting, where they are told they need this, that and the other. We’re told that only 5% of those who apply to build in rural areas are refused, but we are not told of the numbers who are knocked back at the pre-planning meeting stage and step back from applying because of what they have been told they need to do.”

He also said: “People will now have to prove their farming connections and show herd numbers.”

As well as the above, cllr Fleming said that if a son or daughter returns home it would mean that they then have to wait seven years before they could apply for planning to build on their own family lands.

Cllr John King also wanted to know if a son or daughter was not directly involved in the day to day work on the family farm but in farm related business would they be entitled to apply for planning?

Cllr Ben Brennan said: “We’re losing post offices, small businesses, garda stations and they’re moving everything into towns. For God’s sake can you not just leave us alone? They’re trying to dump everyone into housing estates.”

Councillors voted unanimously to retain the current County Development Plan guidelines and reject the Chief Executives recommendations to change them.