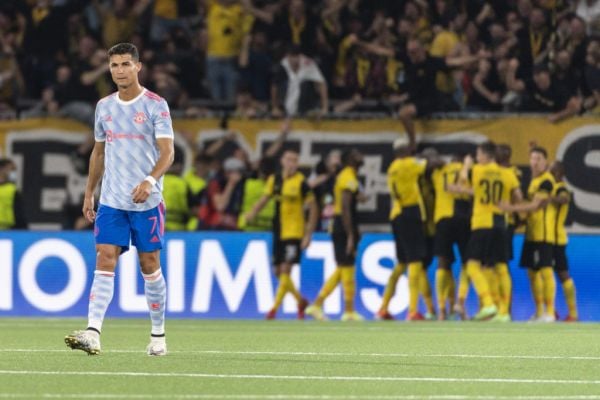 Manchester United launched their latest Champions League campaign with a shock 2-1 defeat by Young Boys on a night when even Cristiano Ronaldo could not spare their blushes.

The reverse in Bern was the seventh in 11 games in the competition since Ole Gunnar Solskjaer replaced Jose Mourinho as manager at Old Trafford.

Here, the PA news agency takes a look some difficult European evenings for the Norwegian and his team.

Still in caretaker charge and with 10 wins and a draw in all competitions to his name, Solskjaer’s Champions League debut as manager ended in a sobering defeat inspired by United old boy Angel Di Maria. It was he who provided second-half assists for Presnel Kimpembe and Kylian Mbappe, with Paul Pogba’s late dismissal for a second bookable offence simply rubbing salt into the wound, although a 3-1 win in the return leg three weeks later ultimately secured a quarter-final berth.

Fee-fi-fo-fum! See you at Camp Nou next Tuesday! pic.twitter.com/TzjkCfQnpY

United left themselves with a mountain to climb after the first leg of their last-eight clash ended in narrow defeat. Barca’s victory came courtesy of the unfortunate Luke Shaw, who inadvertently deflected Luis Suarez’s header from a Lionel Messi cross into his own net as his side slipped to a fourth defeat in five matches.

The Reds bow out of the #UCL. #MUFC pic.twitter.com/CaMCizr9XM

Twenty years after he had famously fired the club to a dramatic Champions League final victory over Bayern Munich at the same venue, Solskjaer’s men retuned to the Nou Camp needing another miracle. In the event, Messi’s first-half double and a superb Philippe Coutinho strike after the break saw the Catalan giants progress with the minimum of fuss.

United headed for Istanbul having beaten PSG and RB Leipzig in their previous two European fixtures and with few expecting them not to extend that record. In the event, schoolboy defending allowed former West Ham, Newcastle and Chelsea striker Demba Ba to run from halfway and open the scoring before Edin Visca doubled the dose with Anthony Martial’s header proving insufficient to deny Basaksehir a first group-stage victory.

On a night when avoiding defeat would have booked their passage from Group H, Solskjaer’s team succumbed to Neymar’s double either side of Marcus Rashford’s equaliser and a second for the visitors from Marquinhos. United’s cause was not helped by Fred’s dismissal for a second yellow card.

Things went from bad to worse six days later when United were dumped out of the competition after goals from Angelino, Amadou Haidara and Justin Kluivert saw Leipzig race into a 3-0 lead. Bruno Fernandes’ late penalty and Ibrahima Konate’s own goal sparked a late flurry, but there was no way back.

Jordan Siebatcheu’s stoppage-time winner ensured United’s latest campaign got off to the worst possible start as Young Boys came from behind to claim the points. United looked to be on course for victory when Ronaldo gave them a 13th-minute lead, but Aaron Wan-Bissaka’s first-half red card for a wild challenge on Christopher Martins Pereira changed the game, Moumi Ngamaleu levelling with 24 minutes remaining before substitute Siebatcheu snatched a famous win.