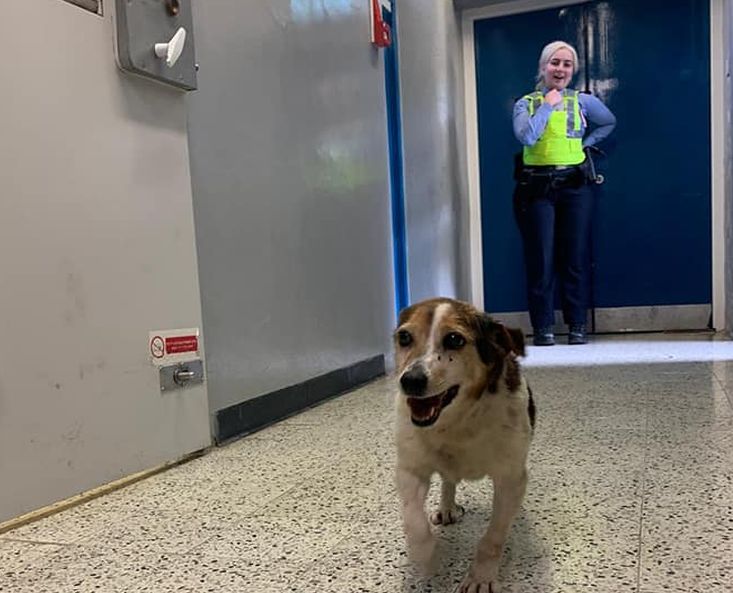 The new recruit on patrol at Portlaoise garda station

A HOUND dog is happy to be behind bars in Portlaoise today.

The little terrier is on temporary paws patrol, after he was picked up by the force and taken into custody.

Posting an arresting image of the new recruit on social media, Laois gardaí launched an appeal to find the owner.

The four-legged prisoner is well looked after at Portlaoise garda station, where he was allowed one phone call and a tasty brunch.

Unfortunately, attempts to locate his owner have not succeeded as he is not microchipped and has refused to answer questions.

Gardaí said today: “One happy boy to be in Garda custody this morning. This little fella was found and sadly is not microchipped. Help us reunite him with his owners. Proof of ownership required.

“Owners will be having a discussion with us about microchipping and registration of their dog also. A legal obligation.” 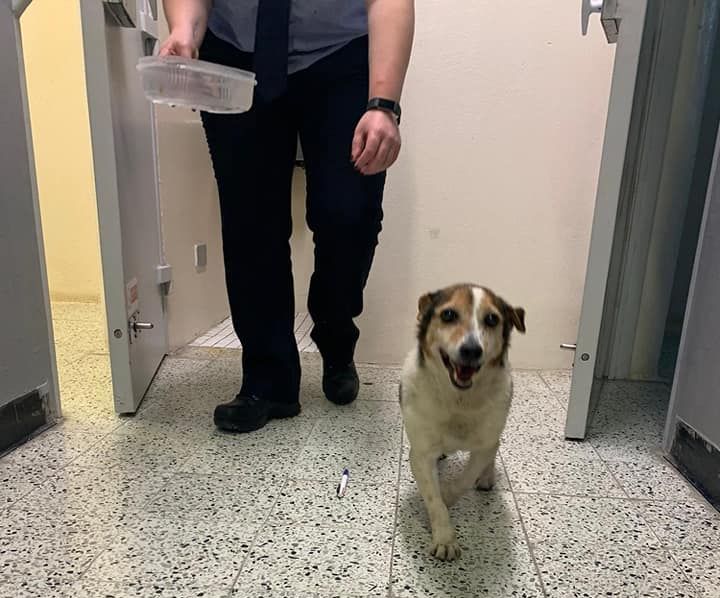