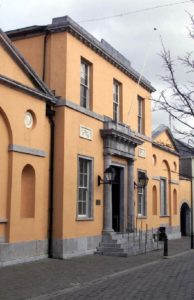 Cannabis herb worth €80 was allegedly found on a man who was chased down by gardaí after they noticed he was acting suspiciously.

The incident subsequently led them to another drugs find at the man’s apartment.

It was alleged in court that while gardaí were on mobile patrol along Link Road, Portarlington on 19 March they observed a man acting suspiciously. When they approached him, he allegedly took off on foot, but was shortly apprehended. When searched, gardaí allegedly found €80 worth of cannabis herb on the defendant. On foot of this find, gardaí obtained a search warrant for the defendant’s address and later that day they allegedly found €3,680 worth of cannabis herb in his apartment. Judge Bernadette Owens remanded the man on continuing bail until the next sitting of the case on 7 October and instructed that all garda evidence gardaí be given to the defendant’s solicitor Barry Fitzgerald to allow him time to decide which way to plead in the case.