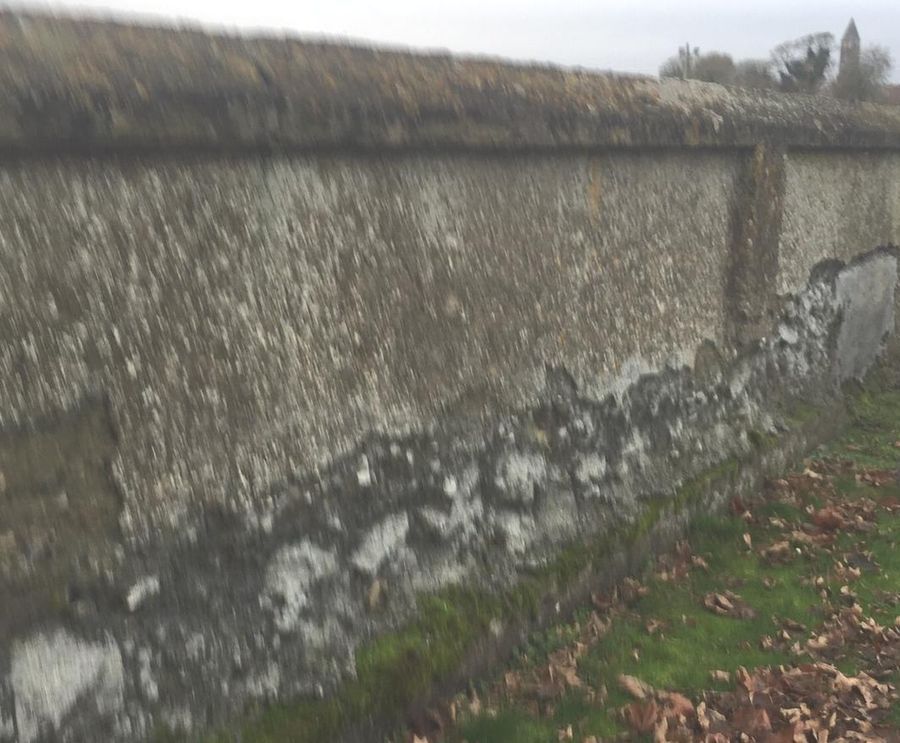 Part of the crumbling perimeter wall at Timahoe Cemetery

A CEMETERY wall that is in danger of collapse has still not been repaired, nearly two years after work was to be completed.

The increasing risk to visitors at Timahoe Cemetery due to the long delay was described as “a disgrace” by cllr Paschal McEvoy, at the latest meeting of Graiguecullen-Portarlington Municipal District.

He said that the entire wall would collapse one day and the council would have “a bigger problem” on its hands then.

Councillors were told in 2019 that repair works to the cemetery’s perimeter wall would be carried out by early 2020 at the latest. The crumbling wall, which has been examined by Laois County Council, is in such dangerous condition that it is causing serious concern for visitors’ safety.

Replying to cllr McEvoy’s request for an update at the latest meeting, engineer Ken Morley said the council is currently finalising a legal agreement for purchase of the necessary lands.

The engineer said: “Following completion, the commencement of work will be subject to the council receiving an economical tender price and the availability of works contractors.”

Extremely unhappy with the response, cllr McEvoy said: “This is a disgrace, as the issue here is going on for years. I cannot understand the hold-up, as I understand the agreement with the landowner over the works has been in place for 12 months.

“The whole thing is going to collapse some day and I can assure you that we will have a bigger problem on our hands then.”