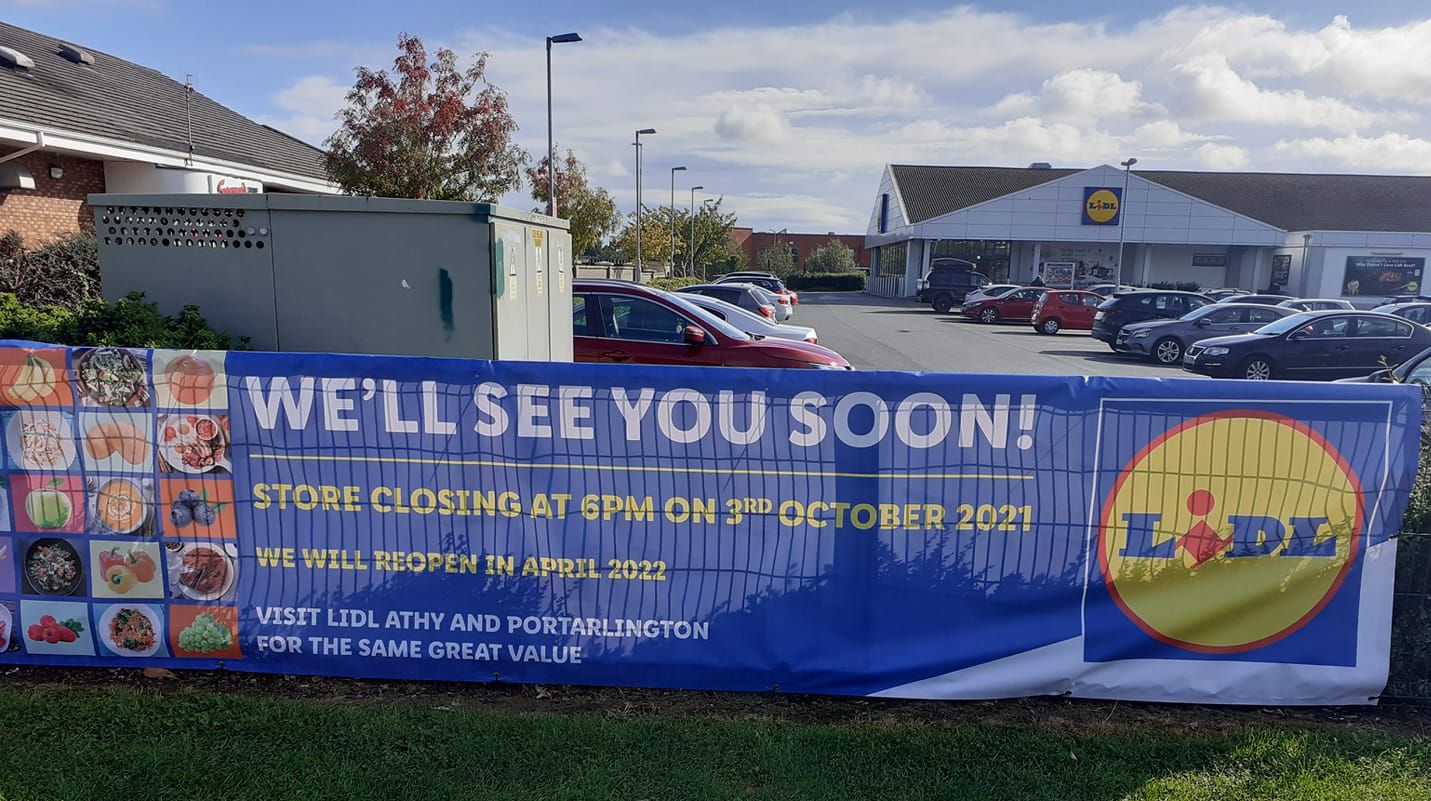 The Lidl store in Portlaoise will close for six months this weekend, as demolition and rebuild get underway

THE Lidl store in Portlaoise will close for six months this weekend, as construction of an extended new store begins.

The outlet at Kylekiproe, off James Fintan Lalor Avenue, will close its doors at 6pm on Sunday 3 October and will not reopen until April.

The German retailer was granted final planning permission in August to demolish and rebuild the store, located beside the Kyle Centre near Shaw’s.

According to Lidl, the €9m redevelopment will create seven new jobs when the store reopens, adding to the current team of 27. It is estimated that 100 further jobs will also be supported indirectly during the construction and development phases.

The existing store, which opened in 2000, will be replaced with a much larger and more modern outlet built to A1 energy standard.

The new outlet will be over a third larger than the current store, with more parking spaces. The existing store has a total of 1,547sq m floor space, with a retail sales area of 1,117 sqm. The new shop will extend to 2,423sq m, with a retail space of 1,685sq m.