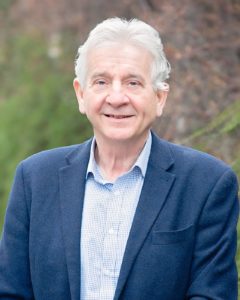 Author and journalist PJ Cunningham who compiled ‘Grassroots: Stories From The Heart Of The GAA’

TWO Laois authors have been selected to appear in a fascinating new book on the GAA written by people at the heart of the association nationwide.

Grassroots: Stories From The Heart Of The GAA, is a treasure trove of GAA memories, tales and incidents spanning over 150 years.

“The book generated an incredible response from every county in Ireland, as well as from the Irish abroad,” said author and journalist, PJ Cunningham, who collaborated with Croke Park on the publication.

Volume one has just been published and such was the response from the GAA community that work has already begun on a second collection.

The first edition includes stories from the rich history of Laois GAA. Mountmellick native Enda McEvoy recalls the time when The Rock GAA club were in the frame to win the local championship.

However, as high summer came and went, they were left facing the age-old Catch-22 situation of a fixture having to be played on the same Saturday that most of the team had booked to go away together on a foreign holiday.

His explanation of how the day unfolded tells a lot about Irish culture and how social and sporting occasions which clash can always be resolved – once there is ingenuity at play.

Laois-born Louis Brennan’s vignette is set in the fields of Tipperary and reveals how jersey colours led to a  Hall Pictorial Weekly type of follow-up at the next county board meeting. 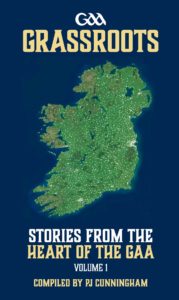 “I have included stories not only since the GAA’s foundation in 1884, but from before, through to the Civil War and up to modern times,” said Mr Cunningham.

“The collection is, in essence, the first time that this rich oral tradition of sideline and on-field stories have been put together and published in this form.

“It provides snapshots into the history of the GAA, recounted by the people at the heart of the action, whether those stories are happy or sad, dramatic or ordinary.”