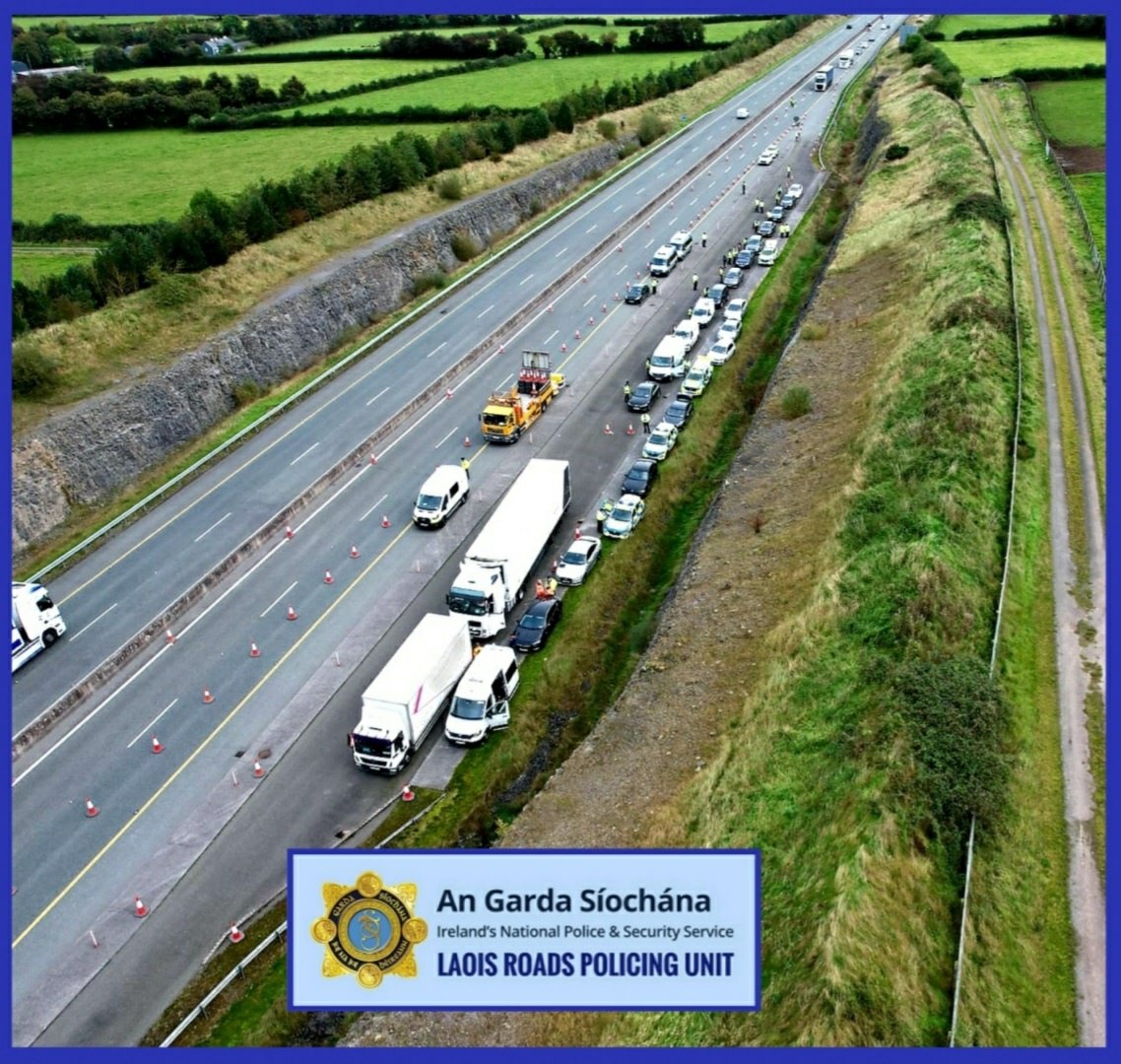 SIX people were arrested by gardaí at a major multi-agency checkpoint in Laois today.

Three drivers tested positive for cocaine and another was under the influence of opiates, when their vehicles were stopped at the motorway checkpoint in Borris-in-Ossory.

Another person was arrested for having €700 worth of cocaine, while seven drivers were caught using green diesel and could face fines of up to €2,000 each.

Meanwhile, one driver was stopped while attempting to drive from Dublin to Limerick on a flat tyre and then had to request emergency breakdown assistance, as the spare in the boot was also flat.

The checkpoint on the busy M7 at Derryvorrigan, Borris-in-Ossory was operated by gardaí from Portlaoise and Tullamore garda stations, together with customs officers and the Road Safety Authority.

Laois-Offaly gardaí reported tonight that, as a result of the checkpoint, four people were arrested for driving under the influence of drugs. Two tested positive for cocaine, one tested positive for both cocaine and opiates and another showed a positive reading for opiates.

One person was arrested for possession of €700 worth of cocaine, while another was arrested and brought before Portlaoise District Court due to a live bench warrant.

Seven drivers were detected driving with agri (green) diesel in their fuel tanks, which carries a possible maximum fine of €2,000.

Gardaí added that a number of fixed charge penalty notices were also issued at the checkpoint, in relation to minor road traffic offences. 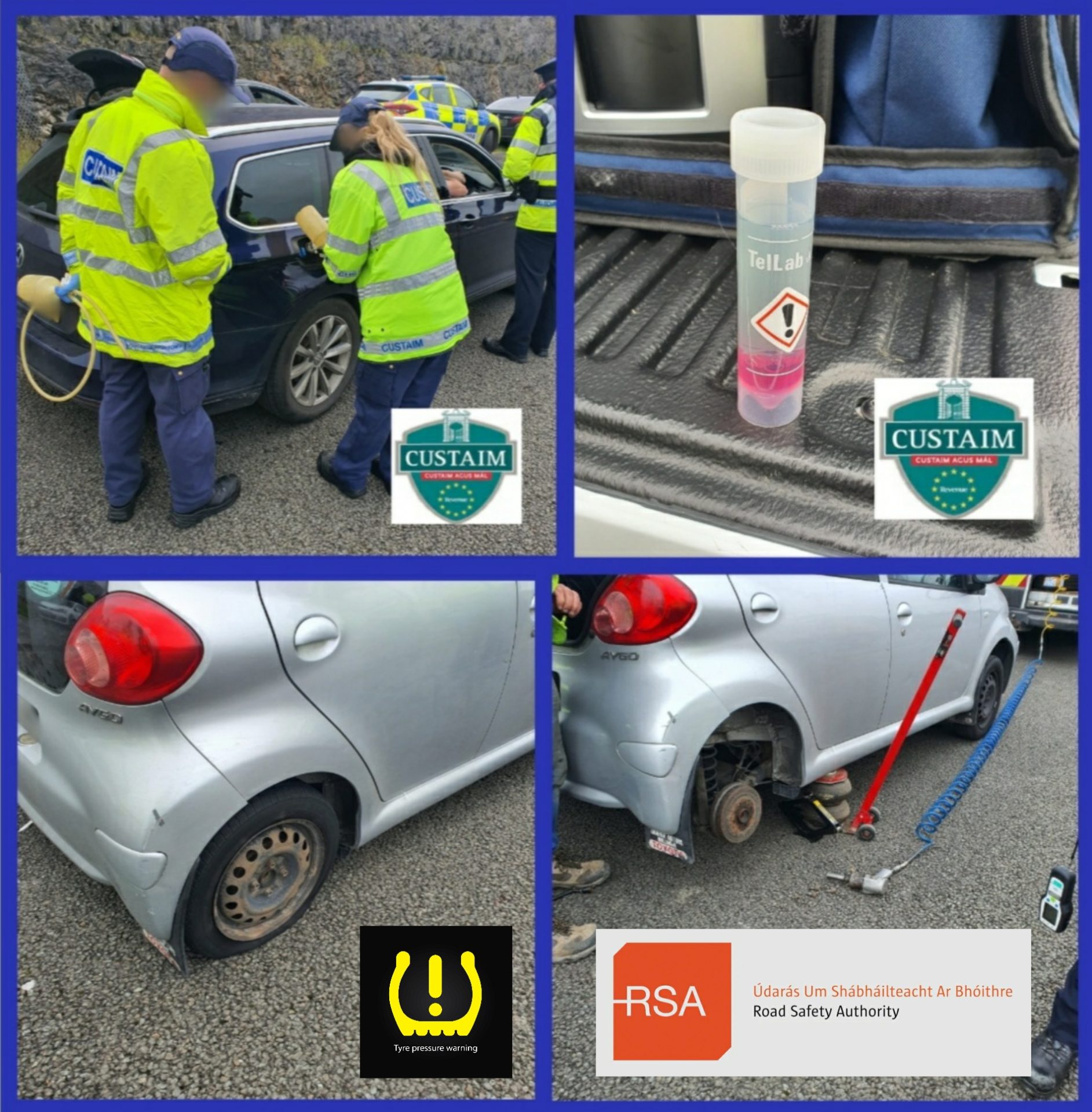 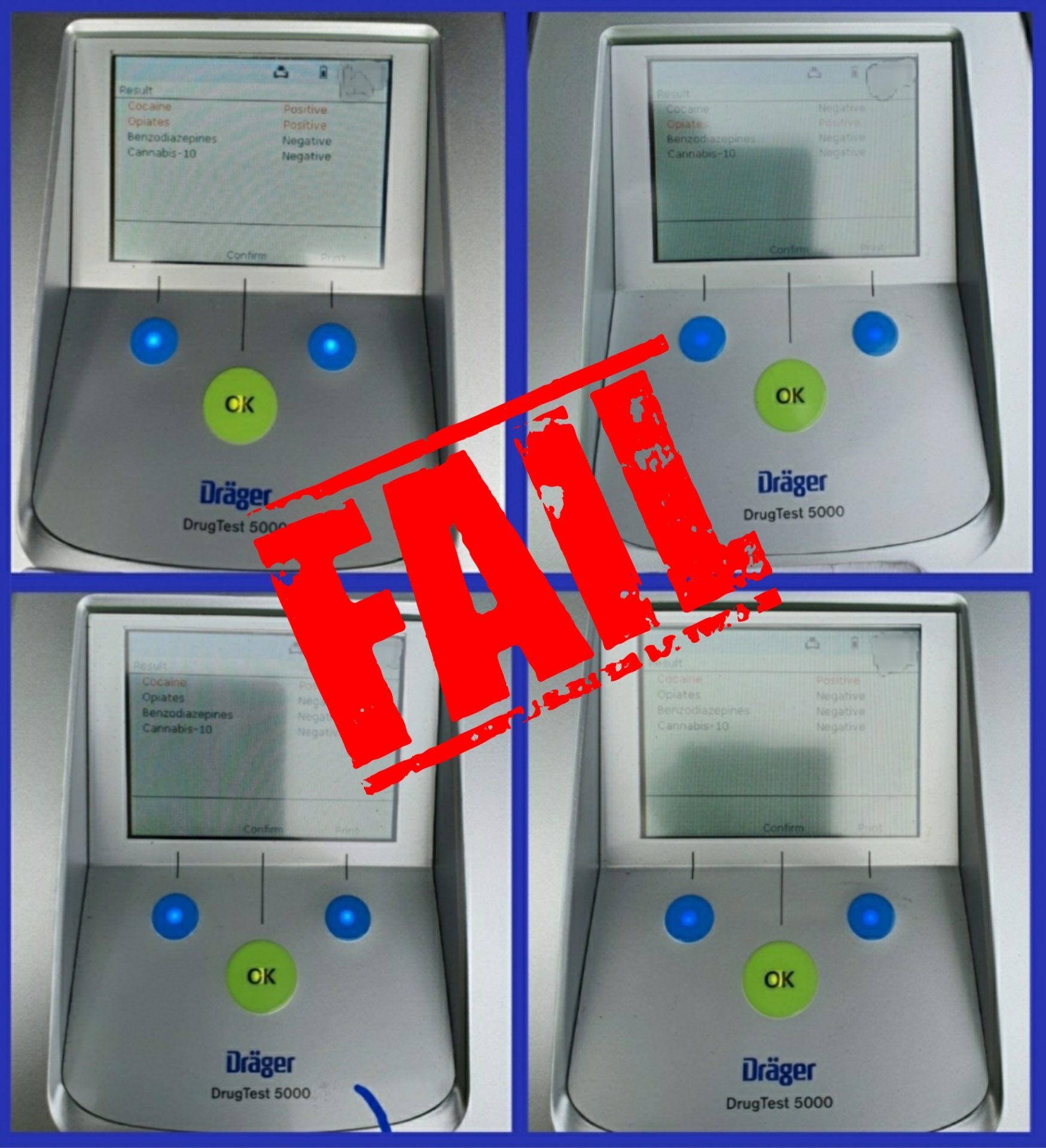 The multi-agency checkpoint on the M7 in Borris-in-Ossory