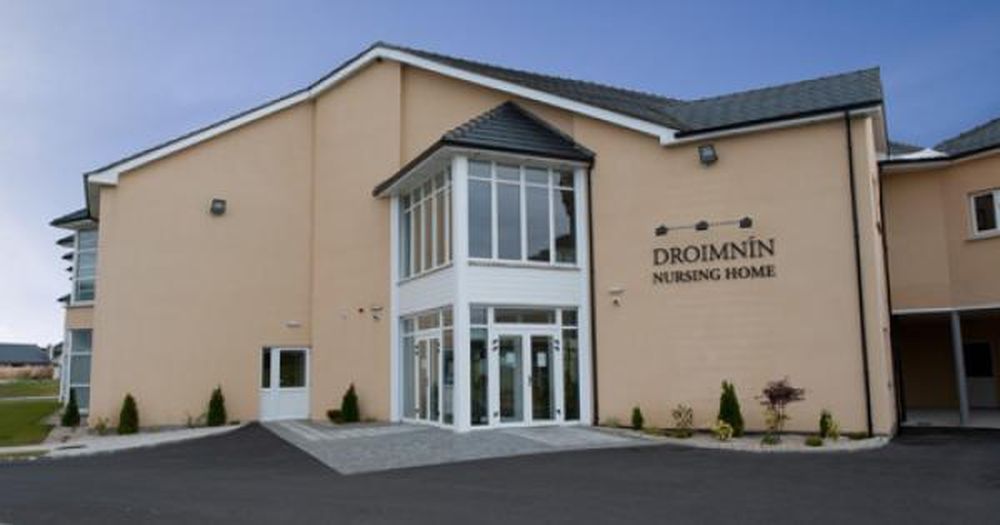 A LAOIS nursing home where over 20 residents died at the height of the Covid pandemic has carried out major upgrades, following unannounced inspections.

The latest HIQA inspection report on Droimnín Nursing Home in Stradbally, which was published last week, found that the home complied or substantially complied with all but one of 19 regulations and standards.

The premises was not compliant only in terms of the building’s maintenance and infrastructure. Inspectors found that some areas of the nursing home were not “in a good state of repair” when they arrived unannounced on 29 June. A range of upgrades and refurbishments have been carried out since then.

The report published on Monday 11 October shows that there were only 52 residents at Droimnín during the inspection, which lasted from 10am until 4.45pm. The nursing home has capacity for a maximum of 101.

More than 20 residents died in less than a month during the tragic Covid outbreak last January. According to management, 18 of those deaths were associated with the virus.

During their June visit, inspectors found that governance, management and oversight at the home was “significantly strengthened” since the last unannounced inspection.

The report says: “The recruitment of a new senior management team since the last inspection in February provided evidence of good oversight and provision of good standards of care to meet residents’ needs. The inspectors were told by the person appointed to represent the provider that the centre was closed to new admissions, to facilitate a centre-wide programme of refurbishment of the internal premises and upgrading of utility supply systems.

The report says the centre was recovering from last January’s major outbreak of Covid-19 and residents were pleased that visiting restrictions had lifted, with daily life in the centre returning to normal.

The inspectors met most of the residents and spent time speaking with five of them. They also spent time observing the care practices in the centre and the daily lives of residents, in order to gain insight into their experience of living in the centre. Residents’ feedback to inspectors was mostly positive. Staff were observed to be kind and caring towards residents.

Some residents told the inspectors that they had contracted the virus and were grateful that it was over. One resident described her experience as a ‘bad memory’. All residents who talked about Covid expressed their satisfaction that they had received the vaccination and their comments included ‘feel safe’, ‘able to get back to some level of normality’ and ‘feel less fearful’. Residents were very pleased that their families and friends were able to come into the centre to visit them again.

The home received an ‘orange’ risk rating in relation to maintenance issues, which means that non-compliance does not pose a risk to the safety, health and welfare of residents but the provider must take action within a reasonable timeframe.

Management was aware of the need for upgrade and repairs and presented a schedule of works to the inspectors on the date of the visit. Work had already begun and a team of contractors was on site pre- and post-inspection to ensure they would be completed within particular time frames.

*All sluice rooms within the Nursing Home will be retiled

*Drainage pipes noted as exposed are to be covered

*En suite bathrooms in bedrooms will be renovated and these renovations will include but not be limited to painting, new flooring and in some instances new sanitary ware.

*All bedrooms are to be re-painted to include walls, skirting, doors, and door frames.

*All stainless-steel sinks to be removed and replaced.

*All main corridors will be re painted and all wall mounted alcohol hand gel dispensers will be incased with wipe clean casing.

*Storage facilities have been reviewed for clinical waste and a new area identified outside the Nursing Home.

*Visitors’ toilets and assisted bathrooms downstairs have been decorated.

*All communal areas to be repainted.

The inspectors said that, although works were in progress to address maintenance and infrastructural issues as found on previous inspections in January and February, a number of issues were found on the June inspection. They said: “These findings impacted on the standard of living accommodation and environment provided for residents. Inspectors found that not all areas of the centre were maintained and in a good state of repair.”

*Damage on the surface of walls in the sluice rooms, including a large hole in the wall in one sluice that exposed drainage pipes.

*Cracked tiles and a build up of limescale residue in sinks and toilets in some residents’ shared and en suite facilities.

*The majority of the stainless steel sinks were stained with limescale residue and did not comply with current recommended specifications for hand hygiene sinks.

*Some areas of the centre were not suitably decorated. There was damage to the paint, plaster and painted surfaces along corridors and in residents’ bedrooms, on doors and door frames.

*Some surfaces, including radiators and furniture, were worn and poorly maintained and as such did not facilitate effective cleaning.

*A secure area preventing risk of unauthorised access was not provided for storage of clinical and other waste bins stored at the back of the centre awaiting collection.

Under the heading of infection control, the inspectors said that Droimnín was substantially compliant but the following areas of practice were not in line with national standards and current guidance and required improvement:

*An offensive malodour was evident in one area of the residents’ dining room, a toilet shared by residents on the ground floor and in a sluice on the first floor. The inspectors were told that this was due to damaged drainage pipes, which were scheduled to be repaired in the centre’s ongoing refurbishment works.

*Stainless steel waste bins used for disposing used continence wear in shared toilets were not fit for purpose, as the lid did not close fully and posed a risk of cross infection.

*Four boxes of gloves were stored on top of a cupboard containing continence wear in one shared toilet. There was a risk of contamination and cross infection with this storage arrangement.

*There was a limited number of dedicated staff hand wash sinks in the centre.

*Some wall mounted hand gel dispensers were not clean, did not function properly and were leaking.

The report also found that there was a welcoming and calm atmosphere in the centre. Residents’ rights and dignity were supported and their care was informed by their individual needs and preferences.

*See more details from the inspection report in the next edition of the Laois Nationalist, in shops on Tuesday 19 October