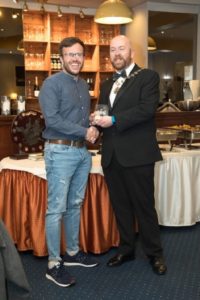 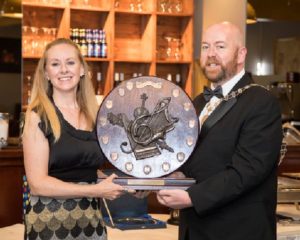 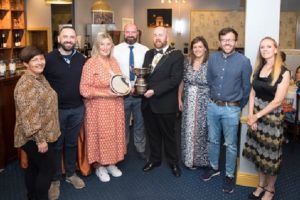 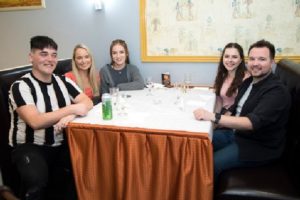 It was more than a double celebration for members of Portlaoise Musical Society last week.

Firsty they were meeting and making up for lost time together because of various Covid-19 restrictions. Secondly they celebrated presenting funds to their chosen charity and thirdly, but not least, celebrating their awards in the most recent musical competitions.

Top of the list of celebrations were their recent successes at the national annual musical Association of Irish Musical Societies (AIMS) awards.

Special guest at the celebrations was President of AIMS Rob Donnelly.

Portlaoise Musical Society organised and raised over €12,000 during their Summer Walkin’ challenge last June. They presented cheques for €1,000 each to Dunamaise Arts Centre and SoSad Laois.

The remaining proceeds raised is being put towards the musical society’s next show in November 2022, for which plans are already being made, as well as other events currently being planned.