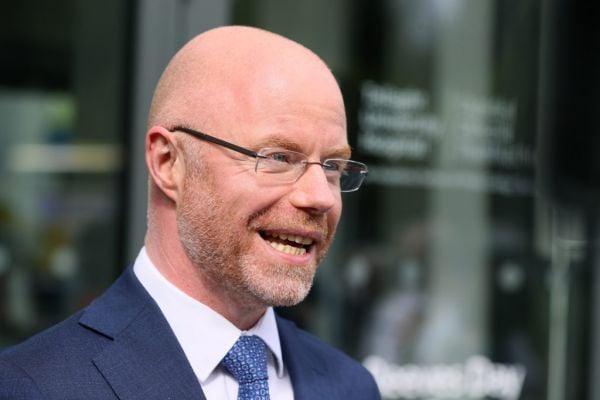 Ireland’s proximity to the UK is partly to blame for its high Covid-19 case numbers, the Minister for Health has said.

The country’s Covid incidence rate is more than double the European Union average, while 415 people are currently hospitalised with the disease.

Despite a high rate of vaccination across the country, deputy chief medical officer Dr Ronan Glynn said on Thursday evening that all Covid indicators are now “pointing towards a deteriorating disease trajectory nationally.”

“Part of it is proximity to the UK, where the cases have consistently been very, very high, and obviously we have an awful lot of movement between the Republic and the UK,” he said.

“And part of it I’m advised is, it’s to do with the starting point, in that we got hit with the Delta variant earlier than most of mainland Europe.”

On Thursday a further 1,627 cases of Covid-19 were confirmed, with the Government not currently considering a return to increased restrictions or lockdown measures.

However, the lifting of most remaining restrictions on October 22nd is in doubt amid rising infections and hospital admissions, with the Government awaiting advice from public health officials.

The Taoiseach this afternoon said rising numbers needed to be kept in “perspective” amid high rates of vaccination, while the Minister for Health said the reintroduction of restrictions had not been discussed in Government.

Tánaiste Leo Varadkar this afternoon said that the use of booster vaccines could bring a rapid increase in Covid cases under control again, as has been seen in Israel.

The national incidence rate of the disease now stands at 415 cases per 100,000 people. An average of 50 people are being admitted to hospital per day — up from 35 per day at the end of September — with five admissions to intensive care per day at present.

It comes as the number of people testing positive for Covid-19 in England has risen to its highest level in nearly three months. A total of 212,880 people tested positive at least once in the week to October 6th there.

Ship antigen tests to every household to stop Covid this winter, expert says