Snooker: Ronnie O’Sullivan tells fans to ‘sit down’ during defeat to Yan Bingtao 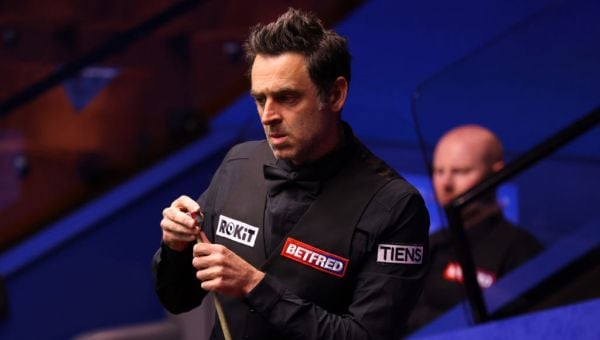 Ronnie O’Sullivan crashed out of the Northern Ireland Open after urging snooker fans to “sit down” midway through his 4-3 defeat to Masters Champion Yan Bingtao.

It capped a fractious week for O’Sullivan at the Waterfront Hall, having criticised the lack of atmosphere at the venue before feeling the need to clarify that his complaint had not been aimed at fans.

However, O’Sullivan’s frustration got the better of him during the third frame against the Chinese when he paused midway through a break of 129 to urge fans to keep to their seats.

Masters champion Yan Bingtao is into the quarter finals!

His complaint prompted the referee to instruct stewards not to let fans enter the auditorium mid-frame during the best-of-seven match.

The 21-year-old Yan nudged in front for the first time at 3-2 but O’Sullivan hit back from the brink when he erased a 71-point deficit in the following frame to take the match into a decider.

Both players had their chances to claim victory and ultimately it was two costly errors from O’Sullivan that ended his hopes of returning to the final for a fourth straight year.