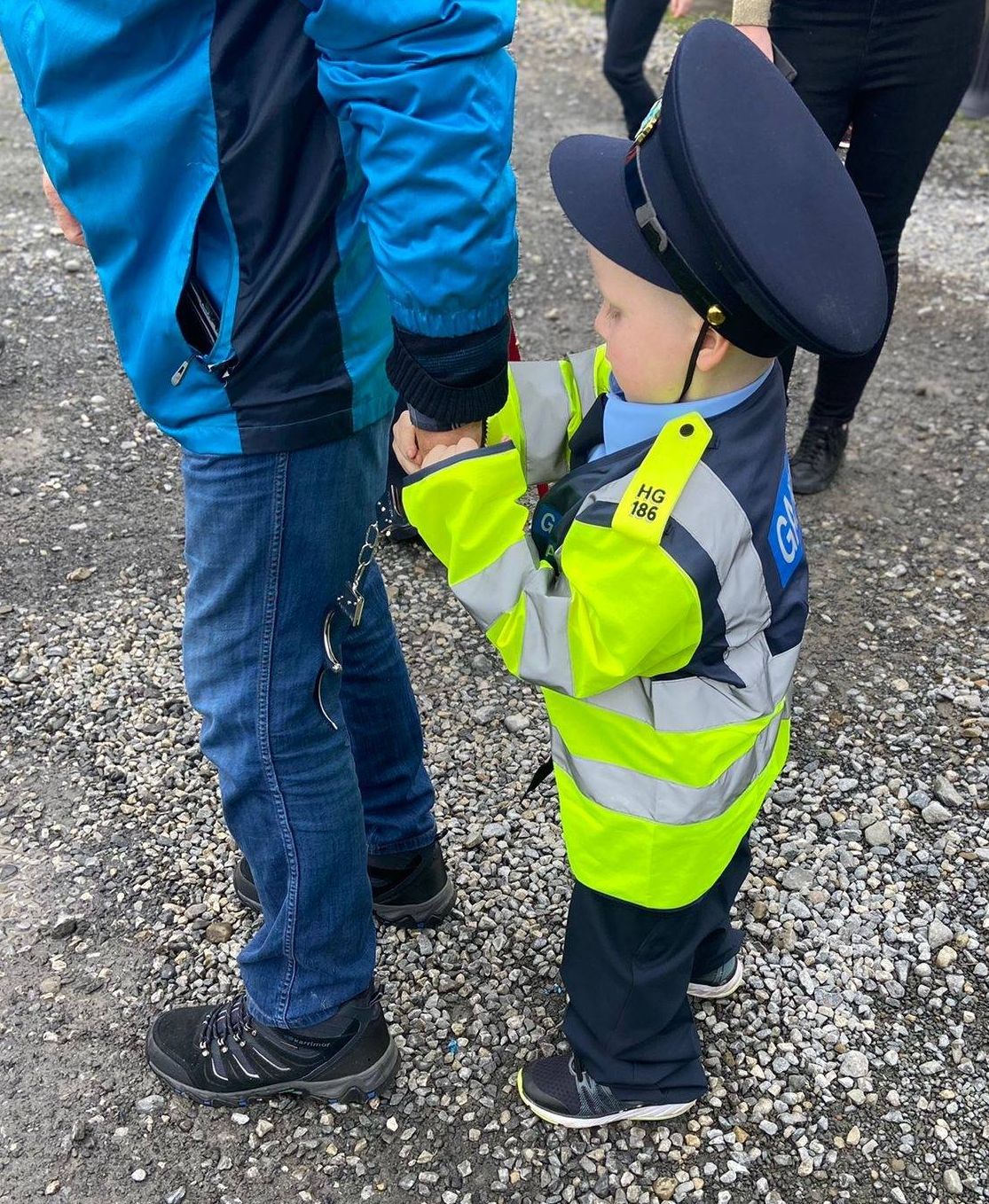 HONORARY Garda Cathail Holohan from Mountmellick proudly received his new uniform today and is busy patrolling the town, keeping his community safe from the bad guys.

The four-year-old was delighted to accept his specially tailored uniform from Little Blue Heroes and even got to arrest his grandad!

Cathail’s Garda buddies Andrea, Joe and Olimpia from Portlaoise Community Policing Unit, together with Garda Trevor and Stephen from Mountmellick Garda Station, called in with the uniform on the very special occasion.

Cathail was recruited into the force in September, when he was presented with a mini patrol car and his induction pack by the Portlaoise Community Policing Unit.

A son of Sarah Dooley from The Rock and Cathail Holohan from Mountmellick, Cathail Jnr was diagnosed with acute lymphoblastic leukaemia on 23 June and started chemotherapy the following day.

It was the beginning of a treatment programme that will span several years for little Cathail and his family, with weekly trips to Crumlin Children’s Hospital and Portlaoise hospital.

Cathail has twin brothers aged two and an older brother aged six and the family are long-time supporters of The Rock GAA Club. A series of fundraisers to help the family cope financially at such a difficult time has had a fantastic response.

The Little Blue Heroes Foundation is a not-for-profit charity operated entirely by volunteers, made up of garda members/staff, retired garda members, their families, friends and civic-minded people from communities.

It aims to help families in need who have children undergoing long-term medical treatment for serious illness.

The name ‘Little Blue Heroes’ came about when gardaí found that many children have a strong fascination with police uniform, equipment, vehicles and garda units. This has even led some of the children to make a wish to become an honorary garda and become part of the garda family.

Gardaí say: “As heroes to us with the battles they face, these children have become our Little Blue Heroes.” 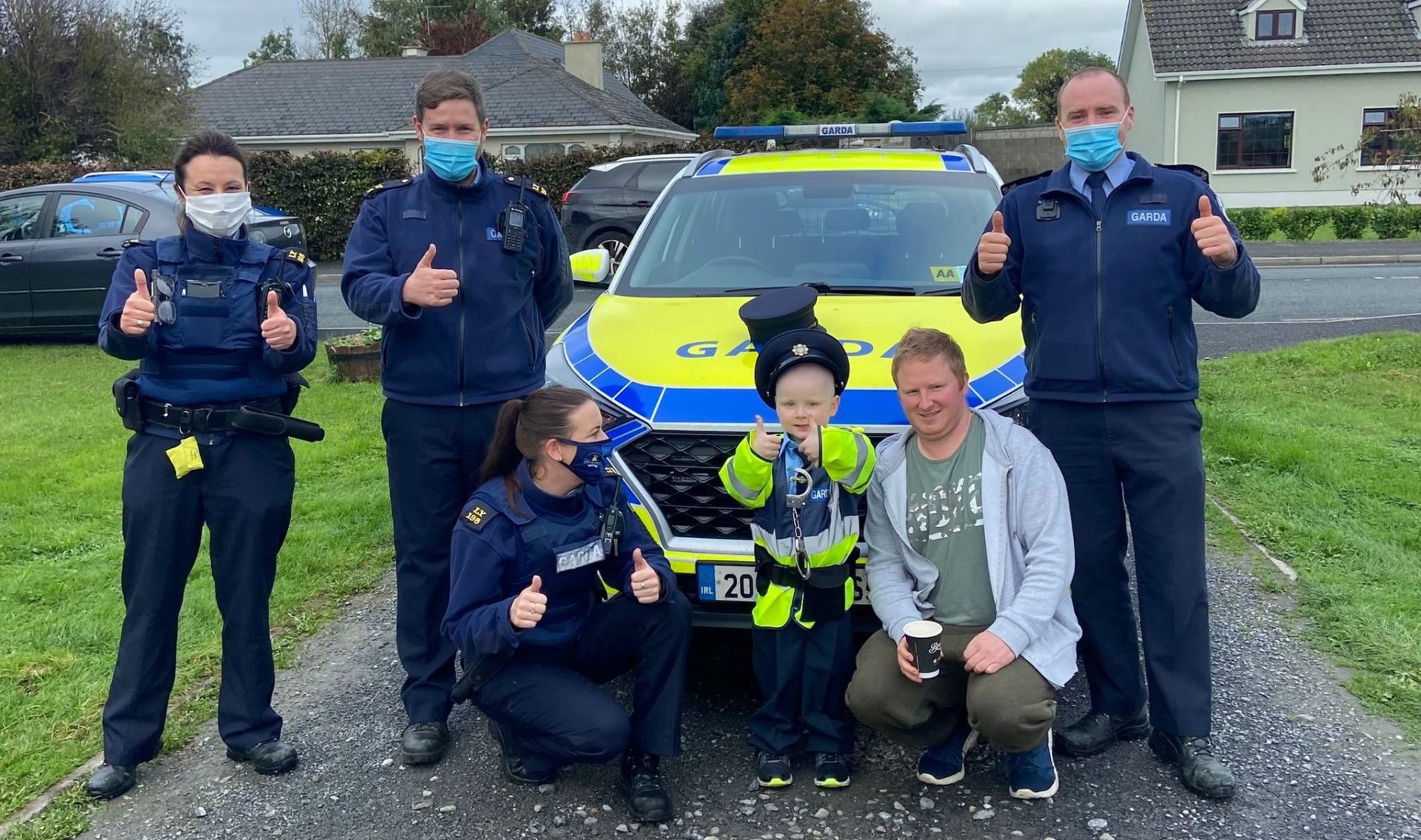