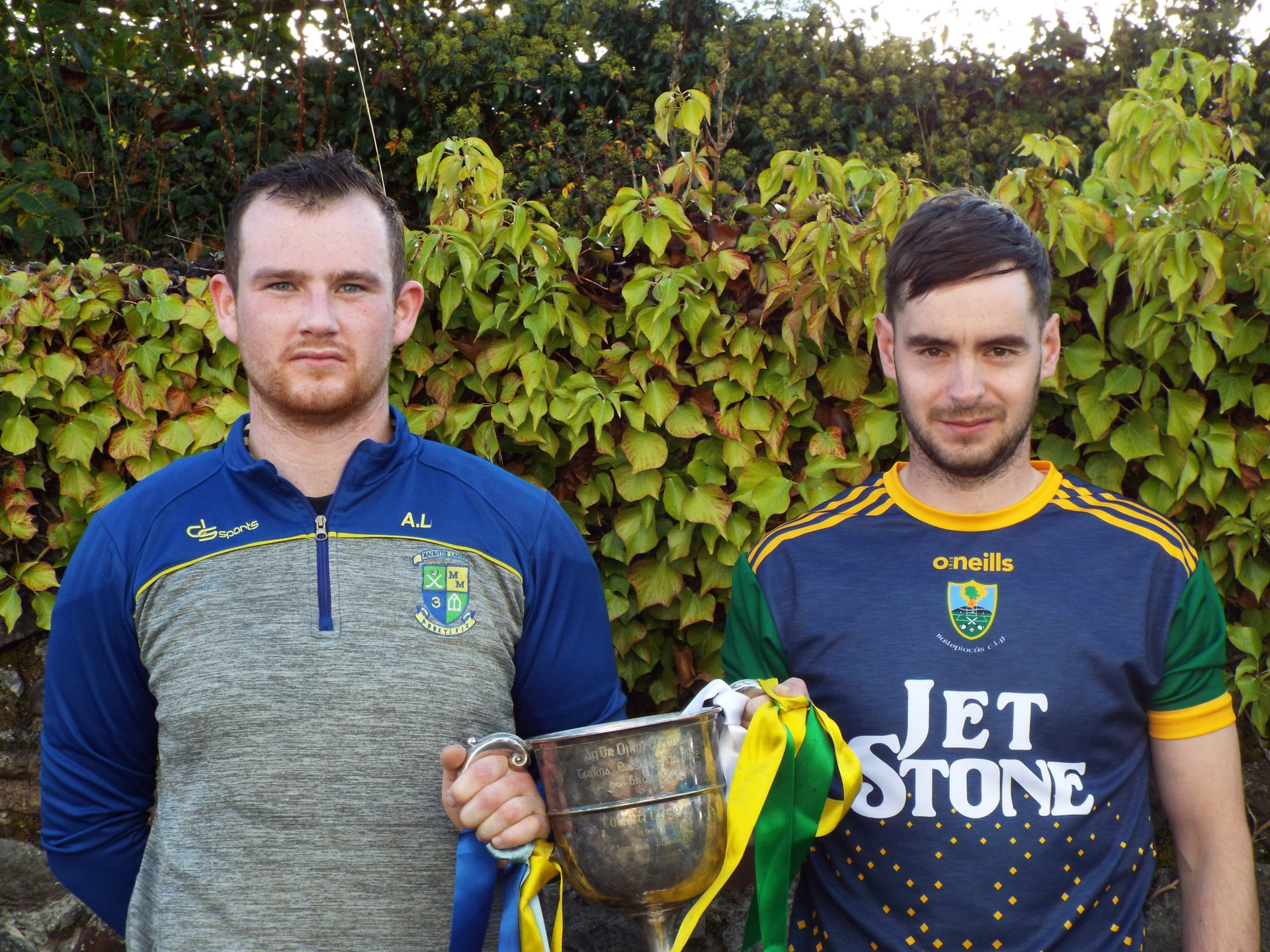 PAST players enjoyed a meet-up with present captains, as the countdown begins to the junior hurling championship final between neighbours this weekend.

Our photo (below) taken by Pat Delaney shows star players of the past Eugene Fennelly, Tom Cahill and PJ Cahill, as they met with Abbeyleix captain Alan Lynch and Ballypickas captain William McDonald.

Eugene Fennelly was vice-captain when Abbeyleix won the Fr Phelan cup for the only time in 1976, while Tom Cahill and PJ Cahill were on the Ballypickas team that became the first holders of the Fr Phelan cup in 1963.

Amazingly, the near-neighbours have never clashed in a final of any grade. Nine years ago, the two joined forces to capture the U21 hurling title, beating Borris-Kilcotton after a replay.

Pat predicts that, while Abbeyleix are slight favourites, the ‘Cobblers Hill’ men will take some beating.

See today’s Laois Nationalist for a full preview, with analysis and predictions, of the JHC final. The match will get underway at 3.30pm on Saturday in O’Moore Park.

Players of the past: Eugene Fennelly, Abbeyleix was vice-captain when the team won the Fr Phelan cup for the only time in 1976. Also pictured with 2021 team captains William McDonald, Ballypickas and Alan Lynch, Abbeyleix, are Tom Cahill and PJ Cahill, who were part of the Ballypickas team that became the first holders of the Fr Phelan cup in 1963