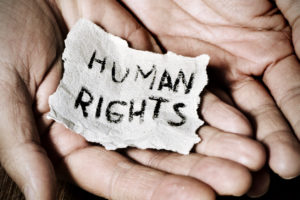 POPE Francis, in a keynote address to the popular movements, a group that includes activists working on a wide variety of justice causes, called for a universal basic income and the shortening of the working day.

He also praised the protest movement that followed the murder of George Floyd. He also made specific appeals ‘in the name of God’ to those responsible for key sectors of today’s world economy, especially in this time of pandemic: the pharmaceutical and food industries; the financial and credit institutions; the tech and telecommunications giants; the arms industry, as well as powerful countries, governments and politicians of all parties.

As a way to address the dire economic straits of so many people in the world and guarantee basic human dignity, and after consulting many specialists in the field, Francis called for “a basic income or salary so that everyone in the world may have access to the most basic necessities of life. “It is right to fight for a humane distribution of these resources and it is up to governments to establish tax and redistribution schemes so that the wealth of one part of society is shared fairly, but without imposing an unbearable burden, especially upon the middle class,” the pope said.

He also advocated for shortening the work day as a way to improve the situation of people. “The minimum income is one (way to improve people’s situation), the reduction of the working day is another possibility and one that needs seriously to be explored,” he said. He recalled that in the 19th century, workers laboured 12, 14, 16-hour days. When they achieved the eight-hour work day, nothing collapsed, contrary to what some sectors had predicted.

“I insist, working fewer hours so that more people can have access to the labour market is something we need to explore with some urgency,” he said. In another part of his talk, he commended the protest movement over the death of George Floyd: do you know what comes to mind now when, together with popular movements, I think of the Good Samaritan? The protests over the death of George Floyd. It is clear that this type of reaction against social, racial or macho injustice can be manipulated or exploited by political machinations or whatever, but the main thing is that, in that protest against this death, there was the collective Samaritan who is no fool. This movement did not pass by on the other side of the road when it saw the injury to human dignity caused by an abuse of power. The popular movements are not only social poets but also collective Samaritans.

Throughout his pontificate, Francis has sought to encourage grassroots movements and organisations worldwide in their efforts to improve the lives of millions of people who live in poverty and misery. He asked the Pontifical Council for Justice and Peace to convene the first World response. He said: “Personal change is necessary, but it is also indispensable to adjust our socio-economic models so that they have a human face because many models have lost it. And thinking about these situations, I make a pest of myself with my questions.”

Aware that there are many, even in the Catholic Church, who criticise him for what he says on social justice questions, Francis, in his talk, emphasised that what he is asking and saying is all based on the Church’s social teaching and is in line with what his predecessors, including John Paul II and Benedict XVI, have taught. “The pope must not stop mentioning this teaching, even if it often annoys people, because what is at stake is not the pope but the Gospel.” In his talk, Francis issued nine explicit calls “in the name of God” to those responsible for different sectors of the world’s economy.

1. He asked “the great pharmaceutical laboratories to release the patents” of the covid-19 vaccines. He appealed to them: “Make a gesture of humanity and allow every country, every people, every human being to have access to the vaccines.” He reminded them that there are countries “where only three or four percent of the inhabitants have been vaccinated.” Though he did not mention it, most countries in Africa fall into this category.

2. He called on financial groups and international credit institutions “to allow poor countries to assure ‘the basic needs of their people’ and to cancel those debts that so often are contracted against the interests of those same peoples.”

4. He called on the great food corporations “to stop imposing monopolistic systems of production and distribution that inflate prices and end up withholding bread from the hungry.” He highlighted ‘‘the scourge of the food crisis’’ in the world and noted that in this year alone “20 million people have been dragged down to extreme levels of food insecurity” while “severe destitution has increased” and “the price of food has risen sharply.” He mentioned horrific numbers of people suffering in Syria, Haiti, Congo, Senegal, Yemen, South Sudan and other places. He declared that “annual deaths from hunger may exceed those of covid.”

5. He appealed to arms manufacturers and dealers “to completely stop their activity” because, he said, “it foments violence and war, it contributes to those awful geopolitical games which cost millions of lives displaced and millions dead.”

6. He pleaded with “the technology giants to stop exploiting human weakness, people’s vulnerability, for the sake of profits without caring about the spread of hate speech, grooming, fake news, conspiracy theories, and political manipulation.”

7. He asked “the telecommunications giants to ease access to educational material and connectivity for teachers via the internet so that poor children can be educated, even under quarantine.”

8. He called on “the media to stop the logic of post-truth, disinformation, defamation, slander and the unhealthy attraction to dirt and scandal and to contribute to human fraternity and empathy with those who are most deeply damaged.”

9. He appealed to powerful countries “to stop aggression, blockades and unilateral sanctions against any country anywhere on earth” and said “no to neo-colonialism.” He called for the resolution of conflicts to be done in multilateral fora like the United Nations.

Pope Francis issued his verdict on the present economic system, saying: “This system, with its relentless logic of profit, is escaping all human control.” But, he added: “It is time to slow the locomotive down, an out of control locomotive hurtling towards the abyss. There is still time.” He called on governments and politicians of all parties “to represent their people and to work for the common good.” He told them: “Stop listening exclusively to the economic elites, who so often spout superficial ideologies that ignore humanity’s real dilemmas” and encouraged them to serve instead “the people who demand land, work, housing and good living.”

Fr Paddy Byrne: We must do more to combat climate change

Got a phobia? … say a little prayer