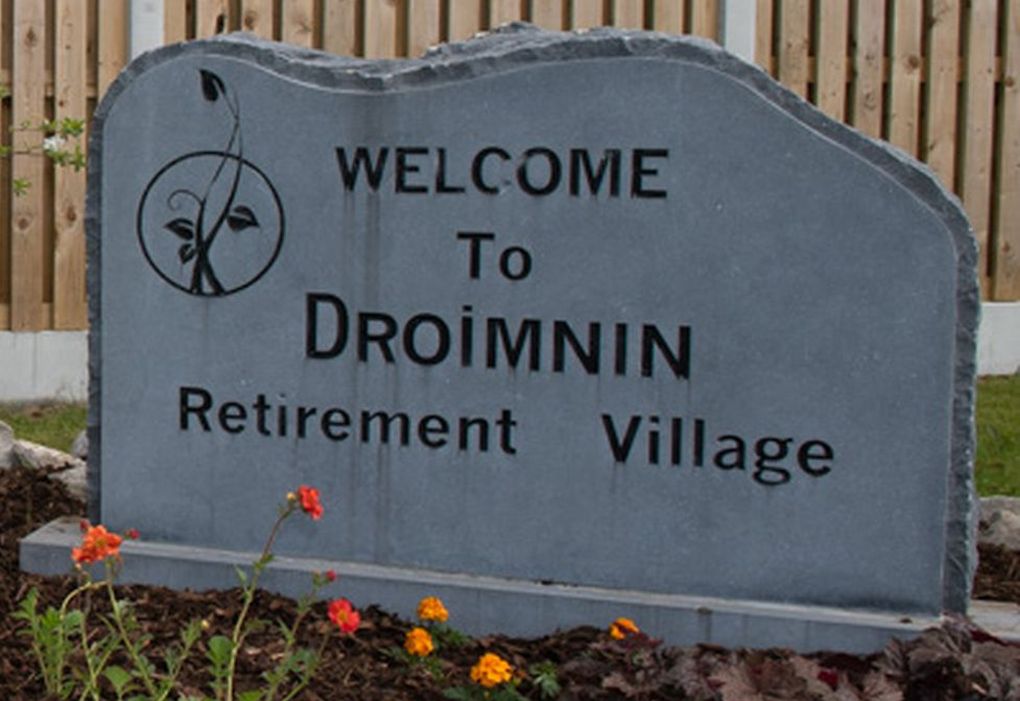 A welcome sign at Droimnin Retirement Village in Stradbally

A TIMELINE should be imposed on developers of housing estates to have all outstanding works completed, on penalty of losing the monetary bond they’ve paid to Laois County Council.
So it was agreed at the latest meeting of the Graiguecullen/Portarlington Municipal District.
Cllr Paschal McEvoy proposed a motion calling on the council to give an update on when it plans to take in charge Dromnin Retirement Village, Church Avenue, Stradbally.
He received a written response from Evelyn Brownrigg, administrative officer in the planning department, saying that a site inspection was carried out this month with the developer present.
From this initial inspection, the hydrant chambers need to be reconstructed and the manholes need to be located. A full list of works is currently being compiled.
Ms Brownrigg said that it will be 2022 before the estate can be taken in charge, subject to all outstanding issues being addressed.
Cllr McEvoy said that the council has a number of houses there and, like everything, the taking in charge needs to be done right.
He said that there is a very proactive residents’ association, who take “fierce pride” in their area. He recommended that the council take it in charge as soon as possible.
Agreeing with cllr McEvoy, cllr Aisling Moran said that the developer has to fix everything that isn’t right in the estate.
She asked if there was a timeline for the developer to be finished, as every month such issues are being raised, with residents left in limbo.
“Can we start putting a timeline on for the developer? Say you’ve got one month to do it and, if it’s not done, they lose the bond,” said cllr Moran.
Director of services Gerry Murphy said that this could absolutely be done.