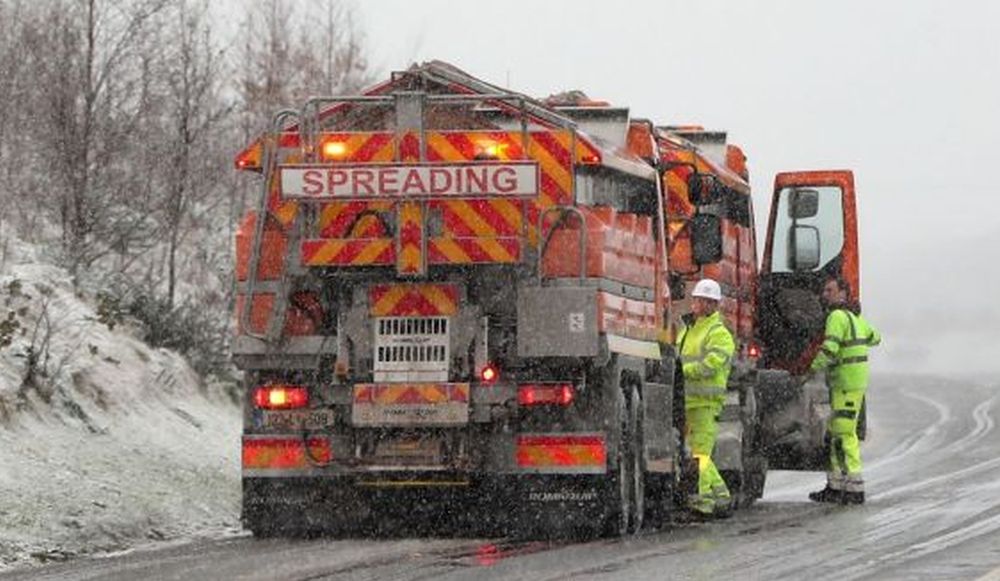 A salt spreader at work during freezing weather

ONLY seven routes of public roadway are salted by Laois County Council during the winter months, meaning that if any other roads require salting, an existing route would have to be removed.

This was slammed as “absolutely ridiculous” and “a total disgrace” by councillors at the latest meeting of Graiguecullen/Portarlington Municipal District.

Cllr Ben Brennan proposed a motion calling on the council to include the Knockbeg Road on the salting route during the frosty weather.

He received a written response from senior engineer Adrian Barrett, saying that the council’s winter salting operation consists of seven routes that treat 479.5km of public roadway in Laois.

Mr Barrett said that the capacity of the salting vehicles is fully used and there is no salt remaining when a route is completed. The inclusion of any additional roads for salting would be subject to the removal of an existing salted road.

Cllr Brennan said he did not accept that response.

He went on to say that it wouldn’t take a quarter of a ton of salt to do it.

“If there was an accident on that road, there’d be no problem getting salt on it then. For health and safety reasons, it should be done. There’s about 580 vehicles on that road within an hour and that’s an awful lot of traffic,” said cllr Brennan.

Supporting him, cllr Aisling Moran said it was “absolutely ridiculous”.

“Why are there only seven routes?” she asked, adding that there is also a road from Stradbally to Vicarstown that needs to be included.

“You can’t just say there are seven routes, end of story. That’s not a valid reason. There’s a school on that road and, as Ben said, he counted 300 cars going one way on it in an hour. Before any accidents happen, winter salting is a necessity,” she said.

Cllr Aidan Mullins said it seemed to be due to a shortage of resources and the situation needed to be reviewed.

“There are rural schools that are difficult to access on cold, frosty mornings,” said cllr Mullins.

And cllr Paschal McEvoy said that, when schools are involved, there needs to be another solution.