Don’t put ‘cart before the horse’ with parking at new school in Portlaoise says councillor. 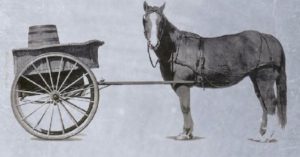 A Portlaoise county councillor wants, “the horse put before the cart,” instead of “the cart before the horse,” before even a sod is turned on the proposed new college in the town to discuss traffic movement around it.

Cllr Willie Aird said: “The new secondary school is expected to cater for over 1,000 students and about 250 staff. It’s to be built along the old New Road or as we know it the Timahoe Road. It’s going to have a huge impact on the traffic flow around Portlaoise. We ended up with a huge traffic problem on the Borris Road when the schools were built there.”

Raising the issue at the recent meeting of councillors from the Portlaoise Municipal District Council, cllr Aird said: “I want to see what we can do to put solutions in place before we have similar problems. The tradition of the Department of Education is to put a school in and we are left to solve all their problems. Once the planning application is lodged we can’t talk about it, because we will be told it’s a live planning application. We should be acting now ahead of this. A lot of schools still have problems with traffic delays.”

He called for a meeting with the Director of Services in the roads and transportation section and senior engineering staff at the council to discuss the issue before plans are made.

Director of services Simon Walton said that four acres of land is to be set aside on the site to allow for off-road parking as well as a set down area for parking bicycles.

He said no final plan has been decided as the development was at the pre-planning stage.

Cllr Aird said: “The previous schools had set down areas. But those set-downs were on the side of the roads.”

Mr Walton said that a meeting would be arranged between council staff and councillors to discuss emerging proposals to the new road infrastructure in and around the development site.