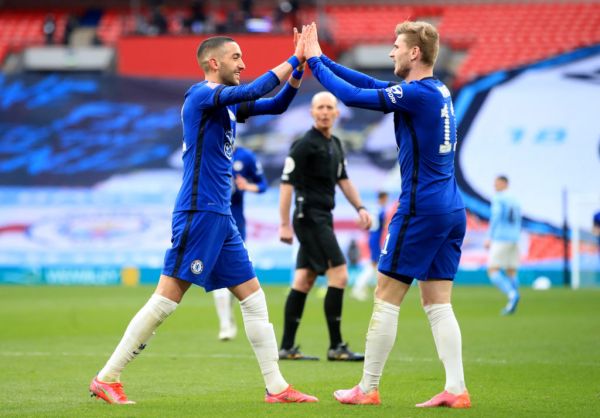 Chelsea pair Hakim Ziyech and Timo Werner could find themselves in Barcelona’s sights if they cannot prise summer target Raheem Sterling away from Manchester City, according to ESPN.

Teammate Ben Chilwell, however, is awaiting news on the knee injury he suffered in Tuesday night’s 4-0 Champions League win over Juventus, with the Guardian one of several papers reporting fears that he suffered anterior cruciate ligament damage which could rule him out for six to nine months.

Meanwhile, the Sun reports that Ernesto Valverde and Ralf Rangnick are favourites to take over on an interim basis at Old Trafford following the departure of manager Ole Gunnar Solskjaer, with Paris St Germain having put a block on a move for Mauricio Pochettino.

Borussia Dortmund are hoping to keep Man United and Chelsea at bay by offering Erling Haaland a new deal and DOUBLING his wages pic.twitter.com/nKSm6d6ueC

Who is Aguibou Camara? Meet the £20m-rated wonderkid wanted by Liverpool and rivals https://t.co/xQ4SCX5ISK pic.twitter.com/9mBi2iXx37

Adama Traore: Liverpool are ready to test Wolves’ resolve to hang on to the Spain international, according to Calciomercato.