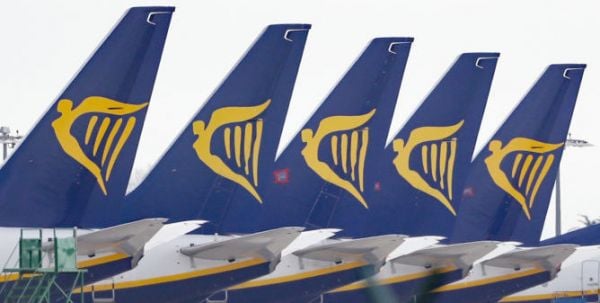 A High Court dispute between Ryanair and the trade union Fórsa over a threatened pilot strike in August 2019 has been formally settled with an agreement that the union will pay the airline’s costs up to October 2019.

Under the terms of the settlement handed in to Mr Justice Brian O’Moore, the union will pay the airline’s costs up to October 2019 mainly relating to proceedings over an injunction Ryanair obtained stopping the 48-hour strike over pay and conditions.  Each party will bear their own costs after that date.

Martin Hayden SC, with Eoin O’Shea BL, said from Ryanair’s point of view the process has been one which has “hopefully now hit a reset button” in the relationship and the matter can “get back on a normal footing going forward”.

Rossa Fanning SC, with Jason Murray BL, said he was consenting to the order for Ryanair’s costs but only up to October 11th, 2019, which was essentially the costs for the injunction.

Counsel added the expeditious way in which the court dealt with preliminary disputes over discovery of documents concentrated the minds in terms of a resolution of the overall issues.

The judge said the parties had done well to settle the case which “I would have relished actually hearing” because of the legal issues involved and the factual disputes that were going to have to be ventilated in court.

It was better the parties can now “go back to doing the things they do best,” the judge added.

The case centred on a claim by Ryanair DAC that it suffered millions in lost bookings and from the impact on fares arising from the planned industrial action which did not go ahead after the airline obtained the injunction.

It also claimed it suffered additional damage due to negative publicity and damage to its business and brand. These claims were denied.

The injunction was obtained on August 21st, 2019, preventing Fórsa, the parent union of pilots’ union IALPA, from going ahead with the planned 48-hour strike from August 22nd, 2019.

The issue of liability in Ryanair’s main action against Fórsa and 11 named individuals, including IALPA president Evan Cullen, was due to be heard on Wednesday when the settlement was first announced.

Covid: 5,471 cases as new measures are approved amid ‘uncertain’ situation

Correlation between traffic air pollution and stroke admissions in Ireland