No new homes for families in Portlaoise this Christmas 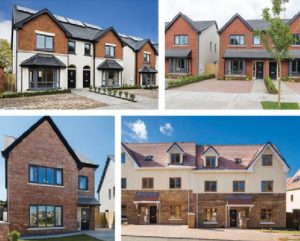 Thirty-two families in Laois are facing a bleak Christmas after it was revealed at the recent meeting of councillors from the Portlaoise Municipal District, that there is no idea when houses they were promised will be given out to them.

Families had been told last December that they could be moving into their new homes in Clonrooske Abbey, Portlaoise by that Christmas.

However, that date was pushed out to June then onto September, which later went to this December and now the latest is that, nobody knows when.

So cllr Caroline Dwane Stanley said at the meeting.

She said that a number of councillors had met recently with the housing agency Cluid to find out what the delay was in providing the homes to the family, but that they had, “come out of that meeting, none the wiser.”

Most of the houses in the new housing estates are almost completed. People who had been on the council’s house waiting list had been contacted and told they would be given the keys to them.

Cllr Dwane Stanley has been raising the issue over the past number of months. She said that the latest delay seems to be that a legal agreement between the developer and the housing agency has expired. She said that because of that the developer could, if he wished, sell the houses on the open market for more money.

Cllr Dwane Stanley said: “We had a very frank and honest conversation with Cluid. They told us they have absolutely no idea when the houses will be ready (for occupancy). It was a condition of the contract that six months after the houses were completed that the keys would be handed over. If they weren’t, either party could walk away. It is out of the hands of Clúid. They have absolutely no idea when they will be ready. The developer told Cluid that he would honour the agreement. It’s a bleak situation for the people who were looking forward to moving into them before Christmas.

“We were told a contract was signed. But now it’s not worth the paper it was written on. It was signed a year ago and look at how costs have gone up. I asked Clúid if they (developer) come back looking for more money will they be in a position to pay. They said they would cross that bridge if they came to it.”

Cllr Catherine Fitzgerald said: “It’s a very worrying situation. The houses are badly needed. The people were expecting to be housed before Christmas. But it’s not going to happen. It’s up to the contractor now. I hope he has the goodwill to honour his contract with Laois County Council and with Cluid. My fear is that the market is so good, the price of houses and the shortage of houses, he doesn’t have to honour this by law.”

Cllr Willie Aird said: “Those people are now left in limbo and don’t know what’s going to happen. People are taken off the council’s housing list for these houses. I had two people thanking me for a house but now they are left in limbo. I have to tell them they won’t be in them before Christmas.”