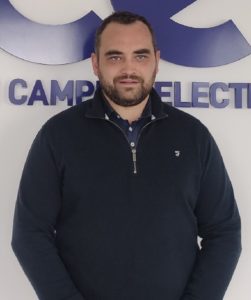 Damien Campion who employs 33 apprentice electricians in his firm Damien Campion Electrical Limited is  nominated for an award in this years Generation Apprenticeship Employer of the Year. 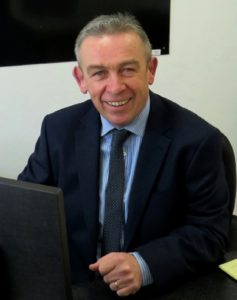 Tommy Buggy whose Estate Agency company Property Partners Buggy has been nominated in the Micro Enterprise category in this year’s Generation Apprenticeship Employer of the Year awards. 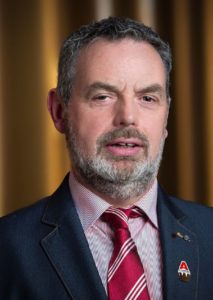 Company Director Gerard Magee from Allwood Architectural Joinery whose company has been shortlisted in the Small and Medium Enterprise category in the Generation Apprenticeship Employer of the Year awards.

Four companies from Portlaoise have been nominated as Generation Apprenticeship Employer of the Year.

Speaking ahead of the awards ceremony which takes place virtually next month the Executive Director of SOLAS Dr. Mary-Liz Trant said: “Following a very challenging 20 months for everyone, we look forward to celebrating the resilience and vitality of these companies, and the critical role played by apprenticeship in the social and economic life of the country.”

Allwood Architectural Joinery, which is located in Ballymacken, just outside Portlaoise has been shortlisted in the Small and Medium Enterprise category.

A family run business, Allwood Architectural Joinery specialises in the design and manufacture of bespoke joinery for hotels and bars and commercial fit outs.

Company Director Gerard Magee said: “We are all delighted to be in the running for this magnificent recognition of our contribution to the apprentice training sense 1997.”

“We at Damien Campion Electrical Limited are delighted to be nominated for the 2021 Employer of the Year award. We strive to help our apprentices meet their full potential and take pride in watching them learn and develop into qualified electricians. While we are very humbled to be nominated for the award it’s the hard work and dedication of our staff which makes us the company we are today.”

The Abbeyleix Road, Portlaoise based ESB Networks has been shortlisted in the Large Enterprise category, with the 6100 strong company embarking on an impressive skills development programme for its 295 apprentices.

Cone of the companies nominated in the Micro Enterprise category include Estate Agent Property Partners Buggy from Market Square that recently took on its first apprentice.

The Firms Tommy Buggy said:“We are absolutely delighted to be nominated. First time to take on an apprentice in the business and so happy with how it has all turned out.”

Warmly congratulating the nominees John Costello , Manager at the Midlands Regional Skills Forum said: “Well done to all the nominees. Each company has dedicated itself to skills through apprenticeship to support collective and committed development. Profiling their approach can only inspire others to set similar foundations for the long-term encouragement of talent.”