Portlaoise Court: Homeless man caused damage so he could find accommodation in prison 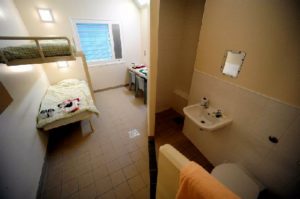 A homeless man who damaged two cars did so in the belief that he would be housed by the Prison Service.

So Portlaoise District Court heard recently, when a 40-year-old man was charged with two counts of criminal damage.

He pleaded guilty to the charges, both of which took place on 4 July at Parkside, Abbeyleix Road, Portlaoise and at the Kyle Shopping Centre, Portlaoise.

Garda Sergeant JJ Kirby said in one incident the defendant smashed the wing mirror off a car amounting to €750.

He said the other damage caused was when the defendant smashed the passenger window, causing €300 worth of damage.

Defending solicitor Jopsephine Fitzpatrick said: “He had no reason to do it.”

She added that her client was struggling with mental health issues at the time and was on medication.

“He was homeless at the time. He thought by committing the offences that he would be housed by the Prison Service,” said Ms Fitzpatrick.

Judge Staines applied the Probation Act in the case and instructed that €800 be taken from the court poor box and given to two people whose cars were damaged – €500 for the broken wing mirror, the remainder to the other person.