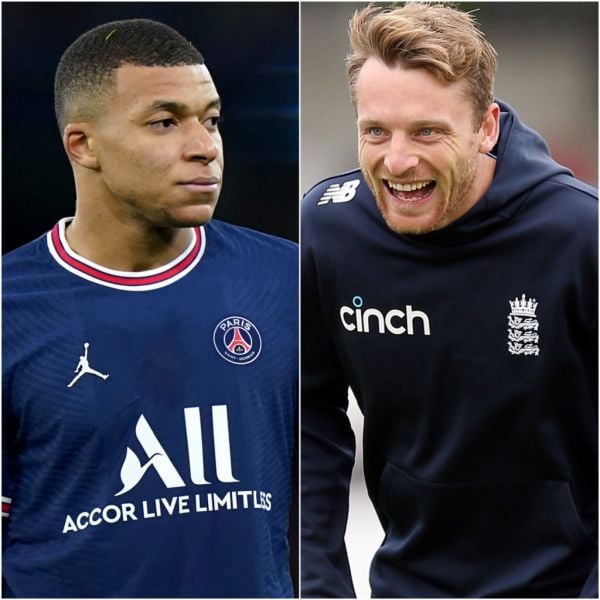 Sports stars and clubs across the world continue to provide an insight into their lives on social media.

Here, the PA news agency looks at some of the best examples from November 30th.

A fifth anniversary for Gareth Southgate.

The plaudits poured in for Lionel Messi and Alexia Putellas.

…and her legacy is only beginning 👑 pic.twitter.com/SBL03cMbGG

It’s a magnificent seven. Congratulations to Lionel Messi on winning yet another Ballon d’Or. A truly extraordinary footballer and an absolute credit to the sport both on and off the pitch. 👏🏻👏🏻

But the debate raged on.

The winners celebrate at training.

Edinson Cavani is battling back from injury.

De esos momento que no se olvidan 🏹.
Those moments that are not forgotten🏹. pic.twitter.com/ALndcksryB

Tributes poured in for John Sillett.

Everyone at Chelsea Football Club is greatly saddened to learn of the passing of our former full-back and captain John Sillett.

Our thoughts are with his friends and family. 💙

We’re deeply saddened to hear that John Sillett, an FA Cup winning manager with @Coventry_City in 1987, has passed away.

Everyone at Hereford FC are saddened by the news that John Sillett has passed away.

We are thinking of his family and friends at this time.

“The game has lost a true legend, and a fantastic, warm character. Rest in peace, Snoz.”

West Ham rolled back the years.

A 4-0 masterclass against Manchester United 🙌

A frustrating Day 1 washout in our final #Ashes warm up between England and England Lions in Brisbane ☔ pic.twitter.com/hSobyR7H2h

But it was still a good day for some of the squad.

Content filming day today ahead of the #Ashes 😮‍💨 pic.twitter.com/YIhiYcsvLW

Sam Billings was pleased to be back preparing for the BBL.

Carl Frampton took in some sporting action with his family.

Frank Bruno had a feeling of deja vu.

Morning its back to wearing a mask I really hope this is not the start of what sadly I feel is going to repeat itself!! pic.twitter.com/W40x9M5eWB

We have missed this! The atmosphere in Newcastle tonight is 💥💥 pic.twitter.com/a1N193CLbn

Just found this in my phone. You did so much for our Family. Giving both my dad and I our big break in @F1. Forever grateful. Thank you Frank and Family. pic.twitter.com/t8es7Xbyy2

Alpine made an important delivery.

📸 Snapshots from a special delivery tonight for the #BallondOr

Geraint Thomas was out on his bike.

Tiger Woods was ready for his hosting duties.

Looking forward to a great week at Albany for the #HeroWorldChallenge! pic.twitter.com/LpNT6ClZ4j