Rafael Benitez: Merseyside derby is an opportunity for Everton to change things 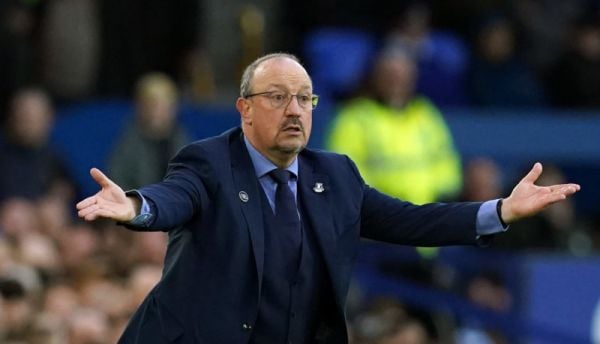 Benitez’s side have not won in seven matches, taking just two points from a possible 21, and if the Spaniard’s troubles were not significant enough he now has to find a way of stopping the club across Stanley Park he managed for six years.

“With Newcastle, Chelsea – even with Valencia in the past – I’ve played against Liverpool. Now it’s Everton and this time it is different,” he said.

“It will be an opportunity for us to change things. It’s a massive game for us.

“We have a bad time now and we need to start winning but the derby is always an opportunity to put things right.

“A derby is always special in every country but I live in the city so the passion is massive and really important for everyone.

“That’s why I want to win and do well because for us as a club, it’s important to bring back the confidence and use an opportunity to change things for the rest of the season.

“If we get three points it could be a massive change in our season.”

Fans voiced their displeasure after Sunday’s defeat at Brentford and there is a real risk of the early-season fear being realised of Goodison Park turning against Benitez should things go badly against Liverpool.

However, the Everton manager has stressed the importance of getting behind the side.

“Obviously at the beginning we were really happy, now we are frustrated,” he added.

“As a manager you want to win and do well. It’s a challenge for me and I can understand the frustration from fans.

“It’s been some years we are not improving at the level we deserve and that is why the fans are feeling as they are at the moment.

“I think the fans are intelligent and know we need them.

“You can complain when players are not playing well or tactics are not working but at the same time they cannot complain about the effort.

“It’s a derby, I’m sure they will be behind the team.”

One thing in Benitez’s favour is that eight of the last nine league derbies at home have been drawn, with five being goalless.

Although he would not admit it that is a result Benitez would probably take against a team who have scored 39 times in 13 league matches.

“I think we have to stay focused and go back to the principles that we were defending as a unit, compact together, and play counter-attack,” he said.

“The main thing is to go to the principles, we have to be strong in defence physically and mentally.

“To win games is what everybody is expecting but to go to a position where you can regularly compete and win games in the Premier League means you have to do a lot of things right.

“I’ve said so many times ‘Rome was not built in one day’ and we are working on that, but I am still disappointed.”