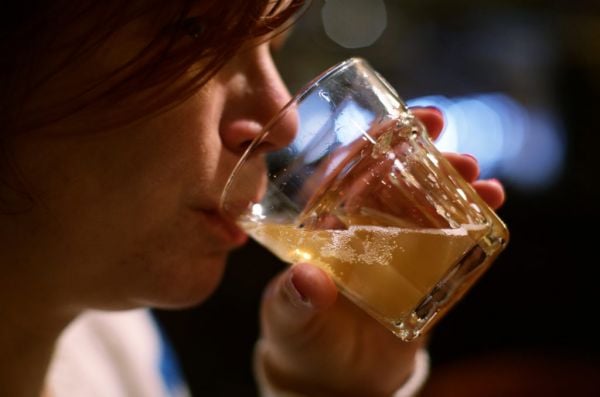 An increased number of drinkers in Ireland want to consume less alcohol and change their drinking habits, according to Drinkaware.

The national charity working to prevent and reduce alcohol misuse said there has been a positive shift in behaviours and attitudes towards alcohol since the pandemic began.

Drinkaware on Wednesday said that high demand from the public for information on alcohol first seen in 2020 has continued in 2021, with over one million pages viewed on drinkaware.ie throughout the year.

The Drinkaware drinks calculator remains the most popular tool on the website, with over 180,000 uses.

Information on drink-driving, the HSE low-risk weekly alcohol guidelines, what is a standard drink and how to cut out alcohol completely were also amongst the top five most viewed webpages for 2021.

Over 6,000 people also placed orders for public health resources through drinkaware.ie this year, while over 32,000 individual resources were sent out to the public.

Drinkaware chief executive Sheena Horgan said the charity is pleased to see continued demand for information on alcohol consumption despite “a very difficult two years for the Irish public with Covid seriously testing our coping and resilience capabilities.”

At 15 years, the age of first drink for Irish children is still too young

“Findings from both Drinkaware’s Annual Barometer and Healthy Ireland indicate that there has been a positive and important shift in behaviours and attitudes towards alcohol since the pandemic began,” she said.

“But more work needs to be done. For example, consistently only two to three per cent of Irish adults can identify the HSE low-risk weekly guidelines which is crucial information to reduce risky drinking; and at 15 years, the age of first drink for Irish children is still too young.

“2022 will be a year of opportunities, kick-starting with the introduction of Minimum Unit Pricing which Drinkaware welcomes. We will be there at the forefront of guiding and empowering the public to better understand and change their alcohol use and misuse.”

Healthy Ireland also reported positive findings earlier this month, with 42 per cent of drinkers reporting that they are drinking less with binge-drinking down significantly – reduced to 15 per cent of the population compared to 28 per cent before the pandemic.