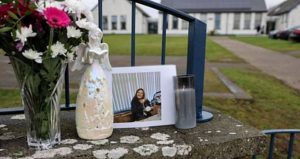 A vigil is being held in Portlaoise on Friday 14 January in memory of Ashling Murphy, the young teacher who was murdered while out running.

The 23-year-old was attacked on the banks of the Grand Canal outside Tullamore on Wednesday afternoon.

The vigil will begin at 4.30pm in the Memorial Park, Ridge Road, Portlaoise.

All are welcome along.