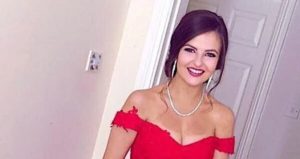 “At this very dark time, we simply want Ashling’s family, friends and school community to know that they are in our prayers and in the prayers of the Church of Ireland community.  We also think at this time of the whole community of Tullamore and pray that they find solace in the midst of this shocking event.  The light of Ashling’s unique human personality has been cruelly extinguished.  Although it is almost impossible to find words to express the depth of sadness at the murder of Ashling Murphy in Tullamore, it is true to say that we have all suffered a loss because of her murder.  But our sympathies are with those who knew her best and loved her most.

Perhaps we, on the whole of this island, can begin to think of ourselves as truly civilised when we have made genuine efforts, as citizens, as governments and as churches, to create a society where women need feel no fear as they walk in our cities, towns and countryside.”