Thomas Tuchel: Man City are best team and title race could be over if we lose 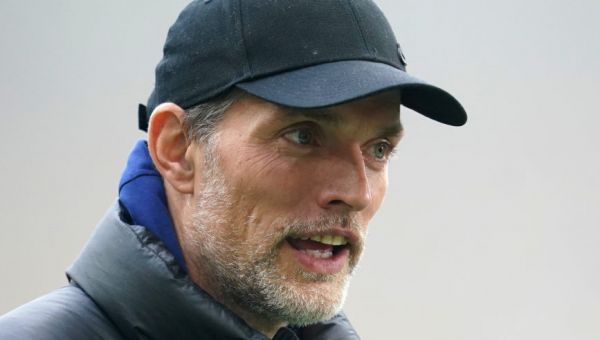 Thomas Tuchel has admitted Chelsea’s Premier League title race could be over if the Blues lose at “benchmark” club Manchester City on Saturday.

Chelsea toppled City 1-0 in Porto in May to win the Champions League, but Blues boss Tuchel admitted Guardiola’s men are still the best in the business in England.

City have won 11 Premier League matches on the spin, while second-placed Chelsea have only lost once in 15 but have also drawn six matches in that stint.

“The biggest difference so far in the season as I’m concerned is that they dealt better with injuries and the Covid situation.

“Maybe it’s luck, maybe they do it better, whatever, but they have less injuries from key players, less players out and less weeks where they miss them.

“And they did not suffer from Covid as we did over many weeks. So this is a huge difference.

“Because we had some draws in the season that were unnecessary, and if you have the full squad you create a certain atmosphere that pushes everybody to the edge.

“And you need to be on your edge and at the very highest level if you want to compete with Man City.

“They are the benchmark, they are the best team in England right now. This is something we have to admit realistically.

“We don’t think a lot in scenarios what happens if; let’s play the game.

“I’m always in for a good fight, but I’m also always very realistic.

“If you look back to our last games when we have our squad and are in good shape, we are always up for a good fight with Man City and are always there to push them to the limit and to ask some questions that they don’t like, maybe, to answer.

“But the situation at the moment is that they are very strong, very consistent and they perform on the absolute highest level.”

While Tuchel believes Chelsea’s Covid and injury issues have hampered the Blues’ chase of City’s Premier League dominance, the German coach insisted no one at Stamford Bridge will stop the bid to catch up.

“As you know, I talked many times about the reasons, and without using this as an excuse it describes the situation. It is an explanation. We cannot look away from it.”