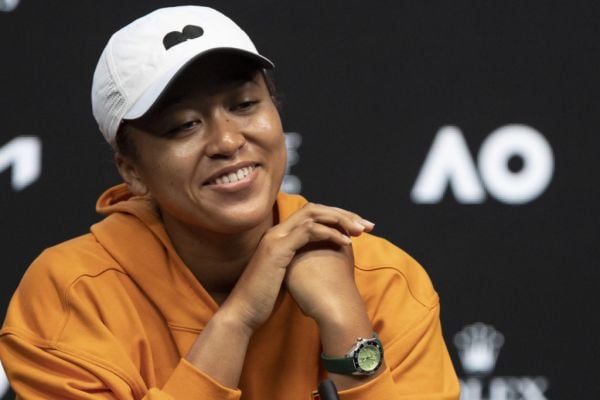 The positive feelings are back for Naomi Osaka as she prepares to begin the defence of her Australian Open title.

The 24-year-old appeared to have established herself as the best player in the world when, for the second time in her career, she followed up a US Open crown with success in Melbourne 12 months ago.

But she played only three tournaments after withdrawing from the French Open in May amid a furore over her refusal to take part in press conferences.

Osaka made public her battles with depression and, although she resurfaced at the Olympics in Tokyo, it was clear all was still not well and a third-round loss at the US Open proved to be her final match of the season.

Now ranked 14, Osaka is back and looked happy and relaxed during three matches in Melbourne last week before pulling out of the WTA Tour event with a minor injury.

“I was a bit nervous about how I would play after being on the break,” she said. “I think I learned with every match that I played. For me, that was the most important part. Hopefully I’m able to apply the things I learned.”

Osaka spoke last week of her determination not to obsess over rankings and results, and she is trying to stay relaxed off court as well.

“I think the approach I’m taking on this slam is a bit different from all the other ones,” she said.

“I brought a journal with me, so I’ve been writing how I feel every day. I went out to the store and bought candles and incense so I built a routine in my room because I knew I was going to be there for a little bit.

“Other than that… just trying to have fun with my team, knowing there’s a lot of players that would love to be in the position that I am in right now because being in the main draw of a slam is definitely a goal.”

Osaka defeated surprise finalist Jennifer Brady to win the title last year but faces an uphill battle this time after a draw that could mean a clash with top seed Ashleigh Barty in the fourth round.

She can hold onto good memories from Melbourne, though, and said: “Of course it’s not the first slam that I won, but I feel like starting the year off here really builds momentum throughout the year.

“There’s a different feeling I get when I come to Australia. Everyone is really warm and welcoming. I just remember all the tough battles that I’ve had here. It’s definitely a very positive feeling.”

Barty is the title favourite and is also feeling refreshed after shutting her season down following the US Open.

With Australia’s strict quarantine restrictions making it impossible to find a window in which to head home during the 2021 season, Barty was on the road from early March until September.

Find someone that smiles at you the way world No.1 @ashbarty smiles at life 🤩

“Obviously it was really nice to get a few matches in Adelaide and kind of roll on some momentum and know that I’m coming in here playing well. I’m just chomping at the bit to get after it.”

Barty is bidding to follow up her Wimbledon title last year by becoming Australia’s first home singles champion since Chris O’Neal in 1978.

“I just have to hope that everyone understands that I’m giving it my best crack,” said the 25-year-old, who reached the semi-finals two years ago.