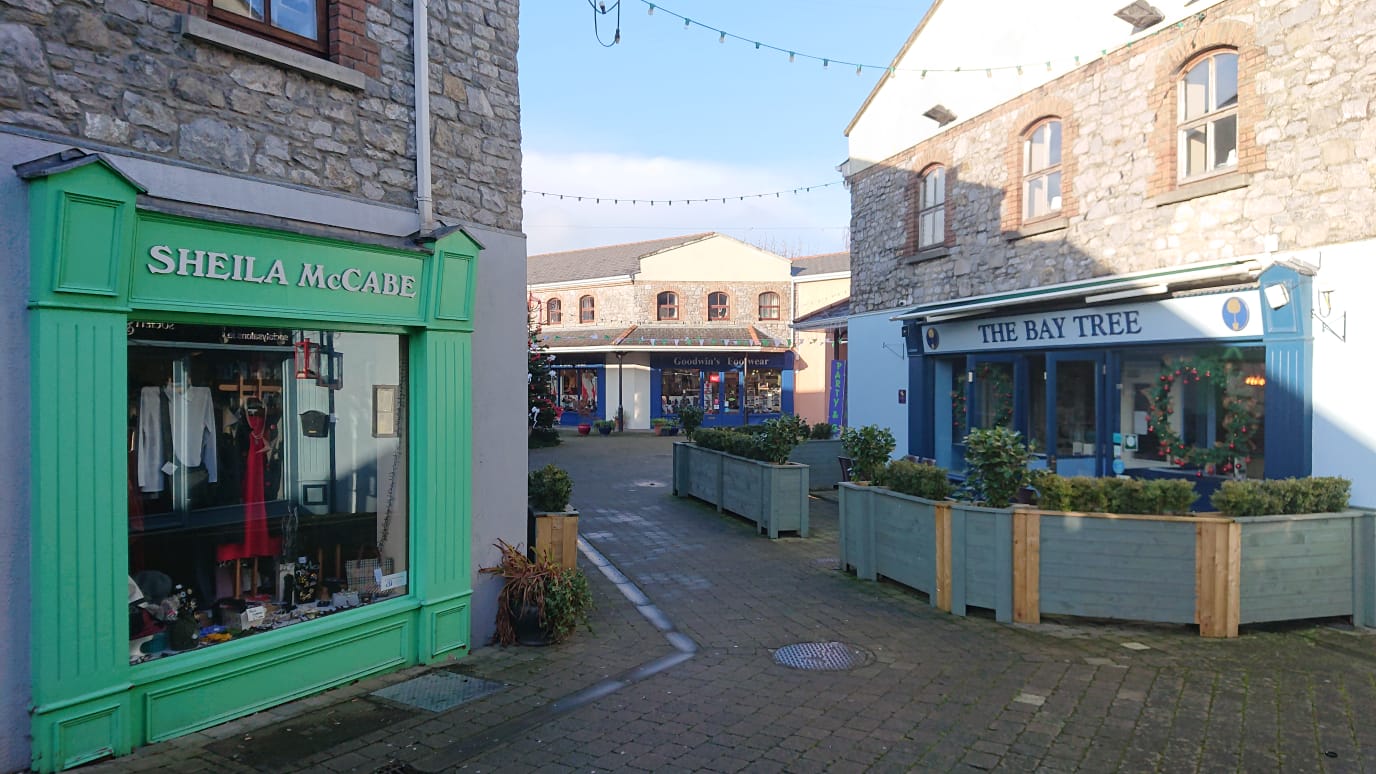 AN all-weather canopy planned for a Portlaoise public square will be installed by early summer.

The permanent canopy at Hynd’s Square will be erected before the end of June at the latest, according to a senior county council official.

“It will be completed for sure in the first half of this year,” director of services Simon Walton told the latest meeting of Portlaoise Municipal District.

In an update to councillors, Mr Walton recalled that the council received a grant late last year from Fáilte Ireland, to promote outdoor dining and socialising. The Hynd’s Square project is part of that funding.

Mr Walton said that supplemented lighting and a tensile canopy are being procured, similar to the canopy near Abbeyleix library.

“We are at the mercy of contractors but it will be completed for sure in the first half of this year,” he said.

Welcoming the plan, cllr Catherine Fitzgerald commented: “Hynd’s Square is a really lovely spot in Portlaoise, a central area. If people can sit and have their coffee or an ice cream there, it will be very good for the town centre.”

Cllr Fitzgerald also asked about extending the new paving on Main Street into Hynd’s Square. Mr Walton said that “optimistically” it would be at the end of 2022 before this could go ahead.

The canopy plan for the square off Main Street has already gone out to tender, as Laois County Council invites bids for the contract to install a weather-proof covering in the popular pedestrianised area. It is expected that the contract will be awarded by the end of January.

According to the tender, the fabric canopy must be supported by a sturdy steel frame and bolted-down cables. A central translucent covering will allow natural light to flow into the square. The works include design and installation of the canopy and frame.

Hynd’s Square is one of the areas designated for the development of permanent outdoor dining facilities, as part of funding announced last year by Fáilte Ireland.

The Portlaoise square was granted €129,446 under Part 2 of the tourism body’s Outdoor Dining Enhancement Scheme, while Durrow received €32,348.

The initiative aims to develop streets and public spaces to facilitate outdoor dining in urban tourism centres, enabling access to outdoor seating for extended periods throughout the year.

Part 1 of the scheme, Outdoor Seating and Accessories, supported individual hospitality businesses with grants of up to €4,000 for seating, tables and outdoor accessories.