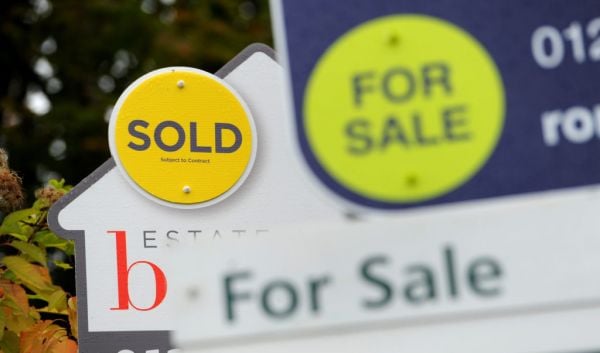 Residential property prices in Laois and across the country rose by 14 per cent in the 12 months to November 2021, according to new data released by the Central Statisitics Office (CSO).

The highest house price growth in Dublin was in Dún Laoghaire-Rathdown at 15.5 per cent, while Fingal saw a rise of 10.8 per cent.

Meanwhile, property prices outside Dublin were 15 per cent higher, with house prices increasing by 14.8 per cent and apartment prices up by 17.5 per cent.

The region outside of Dublin that saw the largest rise in house prices was the Border at 23.4 per cent.

It total, existing residential properties accounted for 83.2 per cent of purchases filed with the Revenue Commissioners in November 2021, while just 768 were new properties.

According to the Institute of Professional Auctioneers & Valuers, one-off houses combined with work from home changes are driving increasing prices.

Pat Davitt, IPAV Chief Executive said: “Many areas of the country that would not previously have been seen as ideal locations for urban workforces, have now taken on that status, arising from blended work opportunities.

“As CSO data today also shows 90 percent of 35 to 44-year-olds who can work remotely want to be able to do so when restrictions end, so blended working is likely to be here to stay.

“In that sense the pandemic is likely to deliver the silver lining of greater regional diversity, breathing new life into areas where depopulation existed previously.”

Mr Davitt said the prices of standard type homes have been more steady since September with more stocking coming to the market.

“I would anticipate that at year-end price increases for the year will have tapered to a little over 10pc or thereabouts.”