Fr Paddy Byrne: Change must come in the wake of Ashling’s death 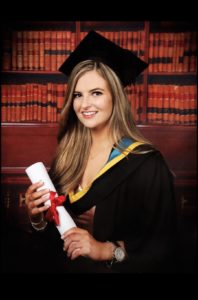 THE recent tragic death of Ashling Murphy has left a deep sense of vulnerability and pain in the heart and soul of our nation.

Ashling’s horrific murder has brought a renewed consciousness of how so many women constantly feel afraid regarding their fundamental human right to be able to feel safe. Ashling was just going for a run after a busy day doing what she loved: teaching children.

Teachers have been described by taoiseach Micheál Martin as the backbone of our society. As an educator, Ashling was in her infancy of what promised to be a wonderful career, grounded in the valuable vocation of cultivating the gifts and talents of young people. She was 23 years of age and, despite her young life, the country seemed to get to know her personality by the powerful testimony of her family, her boyfriend and her school principal. Articulate, confident and deeply gifted, Ashling was a talented musician and camogie player who was described as a ‘Bright Light’ for all who knew and loved her.

In all our lives, our teachers are held close to our memory. I think especially of Ashling’s first-class pupils in Durrow, Co Offaly. At their tender young age, trying to make sense of her absence makes us all deeply upset.

Too many women continue to be exposed to horrendous verbal, physical, emotional and sexual abuse, not to mention violence. Many women don’t feel safe inside their own homes. Domestic violence has been an ugly reality felt by too many, especially during lockdown. As a male and, indeed, as part of a culture where patriarchy continues to be frequently felt, I sense a fundamental need to end misogyny and a culture that has imposed such fear into the lives of women.

Ashling’s tragic death can become a cathartic moment for how we engage and defend the integrity of every woman in Irish society. We all have a responsibility to engage in this national conversation and to have the courage to disassociate and name aloud when we encounter inappropriate comments, gestures or behaviour that intimidates and belittles women.

It is no longer acceptable that the majority of women feel vulnerable when they are simply out for a walk. In his reaction to Ashling’s tragic death, President Michael D Higgins suggested that now is the time to reflect on how we can eliminate violence against women from our society: ‘May I suggest to all our people to reflect on all of our actions and attitudes – and indeed those we may have been leaving unchallenged among those whom we know – and do all we can to ensure that the society we live in is one where all of our citizens are free to live their lives, participate fully, in an atmosphere that is unencumbered by risks for their safety.’

As we welcome the beginnings of a new spring, I’m sure we all take inspiration from the green shoots of emerging daffodils. Daffodils are indeed a sacred spring flower. And like Ashling, their lives are short, but their blossoms are so very bright. Daffodils are the blooms of hope. In his poem, Robert Herrick laments the brief life of the daffodil.

***Fair daffodils, we weep to see

You haste away so soon;

As yet the early-rising sun

Has not attain’d his noon.

Until the hasting day

And, having pray’d together, we

Will go with you along.

We have short time to stay, as you,

We have as short a spring;

As quick a growth to meet decay,

As you, or anything.

As your hours do, and dry

Or as the pearls of morning’s dew,

In your short life, Ashling, you have inspired an entire nation.

Fr Paddy Byrne: ‘The giver is bigger than the receiver’