MAN TO CONTEST CHARGES OF DECEPTION AT CARLOW POST OFFICE 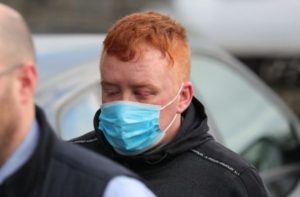 A MAN charged with deception at a Carlow post office is to contest the charges, a court was told.

Solicitor Brendan O’Flaherty indicated his client’s intention as Mr Haughney was sentenced to six months in prison on a separate theft charge at Wednesday’s sitting of the district court.

Mr Haughney is currently being held on remand with consent to bail at Wheatfield Prison. He appeared by video link at yesterday’s sitting of Carlow District Court.

Sergeant Hud Kelly outlined that on 15 January last, the defendant entered Sports Direct, Fairgreen Shopping Centre and placed items worth €175 into a bag and left without paying.

The other three thefts related to alcohol and food at local supermarkets.

The defendant was identified by CCTV. Mr Haughney had 48 previous convictions, 13 of which related to theft.

Mr O’Flaherty said the thefts took place in a relative short period of time, when Mr Haughney was “desperate for money”.

Mr O’Flaherty said his client had decided not to take up bail and plead to the theft offences in order to “get on with things”.

The court was told that Mr Haughney had lost his residence, as the council had boarded of his home.

Judge Geraldine Carthy imposed a six-month sentence on the Sports Direct charge and backdated it to 27 January, when Mr Haughney went into custody.

The deception charges were adjourned to a sitting of the district court in March for DPP directions.