Declan O’Rourke will use Portlaoise concert to highlight his ‘Concern’ 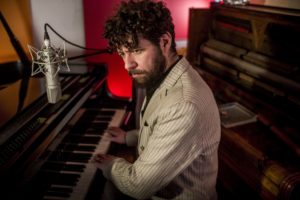 Musician, author and activist Declan O’Rourke will use his Portlaoise concert to support Concern Worldwide’s campaign, calling on global leaders to end conflict-driven hunger and famine.

The concert will take place in the Dunamaise Arts Centre on Sunday 20 March.

“In 2021, there should be no place for famine or hunger in the world, yet it is happening, and conflict is the main driver,” Concern Worldwide Chief Executive Dominic MacSorley said. “We are delighted that Declan is supporting our Nothing Kills Like Hunger campaign and bringing it to a wider audience.”

Over a 20 year period, Declan has written and sung extensively about famine, culminating in his award-winning 2017 album Chronicles of the Great Irish Famine and his best-selling novel The Pawnbroker’s Reward, published last year.

“This year marks the 175th anniversary of the Irish famine. Wouldn’t it be great if, using our own experience of hunger, we could move beyond just commemoration and take action collectively to tackle the catastrophic hunger and famine currently being driven by conflict around the world? I support Concern’s campaign and urge everyone to sign the petition calling on world leaders to play their part to end conflict-driven hunger, ” Declan said.

Copies of the petition will be available to be signed at Sunday’s concert at the Dunamaise Arts Centre and his concerts throughout March, listed here.

Concern has produced a video “The Lucky Ones” to support the campaign. It can be viewed at https://www.youtube.com/watch?v=pjKGfmob1Io

Tickets for Declan O’Rourke at Dunamaise Arts Centre are priced €35 and on sale from Dunamaise.ie or at the Box Office, Tel: 057 8663355.