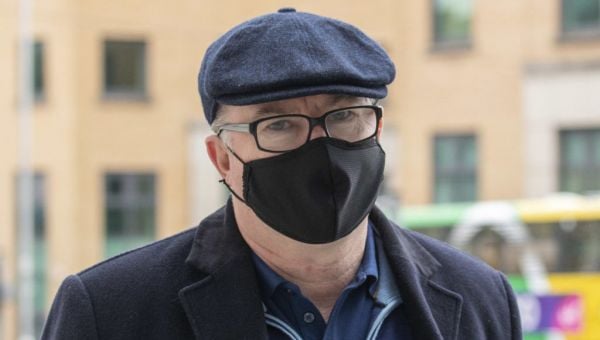 Former solicitor Michael Lynn has defended his decision not to “reveal his hand” about alleged secret deals he had with senior bankers, his multi-million euro theft trial has heard.

Mr Lynn also defended the extradition process from Brazil that lasted four years, saying he did not “flee” to Brazil and that translation issues were the cause of the delay.

Under cross-examination from prosecution counsel on Friday, Mr Lynn (53) said he had waited a long time to tell his story and that he could not resolve diplomatic issues when he was “under gunpoint in a hellhole prison in Brazil”.

Mr Lynn also told the court he gave what he described as a €5,000-€10,000 “spending money/bonus” to senior bankers, including Michael Fingleton, whom he brought on trips abroad.

On his fifth day on the stand, Mr Lynn was cross-examined by prosecuting counsel, Patrick McGrath SC.

Mr Lynn agreed with the prosecution that these matters first came to light in 2007 and that he chose to absent himself from a High Court hearing in relation to it.

“In 2007, you went to London first and then to Portugal,” Mr McGrath said. “Correct,” Mr Lynn replied.

Mr McGrath put it to Mr Lynn that while living in Portugal between 2008-2011, he refused to meet gardaí. “Before they came to interview you, you fled to Brazil,” Mr McGrath said.

The court heard Mr Lynn lived in Brazil from 2011-2018 when he was then extradited to Ireland.

“For four years, you resisted the attempt by the Irish State to have you returned to Ireland to face these charges,” Mr McGrath said.

Mr Lynn replied that he initially resisted because his wife was pregnant and there was then an ongoing issue in relation to the translation of documents.

“So the fault does not just lie with Michael Lynn,” Mr Lynn said.

He told the court he agreed to surrender himself to Ireland in 2016 if a number of documents could be obtained. He said his solicitor tried to get the correct documents.

“I can’t reach out to resolve diplomatic matters when I’m under gunpoint in a hellhole prison in Brazil,” he said.

Mr McGrath responded: “At any point in this hellhole prison you could have said: ‘I’m going back to Ireland to resolve these matters’.”

The prosecution said that the “bureaucratic quagmire of translating documents” was all part of Mr Lynn’s resistance to the extradition. “Incorrect,” Mr Lynn replied.

Mr McGrath put it to Mr Lynn that “at any stage” you could have said: “Stop the legal process, I’m going back.”

He told the court that Mr Lynn then underwent a judicial review proceeding in Ireland “trying to interfere with the extradition” on the basis that the Irish State had misled the Brazilian Supreme Court.

Mr Lynn said he would not say “interfere”, stating it was “all about the translation” issue and that it was important to note that he had volunteered to return to Ireland at that stage.

He agreed that he arrived in Ireland, escorted by gardaí, in February 2018 and was given the book of evidence in relation to the case against him within 10-14 days.

Mr McGrath put it to Mr Lynn that in his direct evidence, he had suggested the trial had come “too early” for him to properly defend it. Mr Lynn replied that he would say it was too early for his legal team.

The court heard Mr Lynn has had five different legal teams in relation to this case.

“You knew exactly what the case was against you then (in 2018),” Mr McGrath said, to which Mr Lynn agreed.

The court also heard Mr Lynn alleges there was a cover-up involving secret deals he had with senior bankers in which he had permission from bankers to use his mortgage loan money to pay for his property developments abroad.

“Was it a surprise to you there was no mention of these secret deals with bankers in these statements?” Mr McGrath asked. Mr Lynn said that this was the reason he sought disclosures.

Mr Lynn agreed with Mr McGrath that if he had met gardaí in Portugal in 2008, he would have told them “all of this” in relation to the secret deals.

When asked why this meeting with gardaí never took place, Mr Lynn said: “Various attempts were made by the lawyers to organise meetings and it didn’t occur.”

“My legal advice was I was not to reveal my hand,” Mr Lynn said. “I’m entitled to defend myself.”

“You didn’t tell the State: ‘the real reason why I want access to these documents is that it might hold documents that support my assertion I was authorised by higher ups in the bank to apply the money as I applied it’,” the judge said. “Your explanation to the jury is that you wanted to keep you powder dry?”

Mr Lynn replied that he wanted to get all his documents first.

Judge Nolan put it to Mr Lynn that the State is saying that, had they been aware of this, they would have “examined a heap of straw with more surgical precision rather than trawling through a million documents”.

Mr Lynn said he had concerns about revealing exactly what he was trying to find. “I’m entitled to a fair process. I’m entitled to due process,” he said. “I was entitled to withhold my defence until I got hold of all the documents.”

Mr Lynn added he did not receive the documents he was seeking.

The court heard he recently made a data disclosure request, but said the process takes 40 days and will be “too late” for him in this trial.

Mr McGrath put it to Mr Lynn that none of the bankers who appeared before the trial were questioned on secret deals. “If we had the correct people, it would have been,” Mr Lynn said.

Mr Lynn told the prosecution if there really was such an “Armageddon” situation in the banks, “Do you think there wasn’t an audit? That they didn’t have to report to the Central Bank?”

Mr Lynn said there was not “a shred of that paper” from the banks before the court.

He told the court he is not making things up: “I know what I agreed with the banks and I know what this has cost me.”

I’ve waited a long time to tell this story.

“It was your own decision to wait this long,” Mr McGrath replied.

Earlier this week, Mr Lynn told the trial he gave direct payments to bankers who were involved in lending money to him and promised them apartments at a reduced price.

When questioned on this on Friday, he described bringing a number of senior bankers abroad, including Michael Fingleton, and giving them “spending money”. He said that while they were abroad, they were given a sum of about €5,000-€10,000.

Under repeated questioning as to what this money was, Mr Lynn said: “If you want to describe it as a bonus in Portugal or Ireland, it’s the same impact on your wallet.”

“It was spending money/bonus,” he said.

Mr Lynn, of Millbrook Court, Red Cross, Co Wicklow, is on trial accused of the theft of approximately €27 million from seven financial institutions. He has pleaded not guilty to 21 counts of theft in Dublin between October 23rd, 2006 and April 20th, 2007.

It is the prosecution’s case that Mr Lynn obtained multiple mortgages on the same properties in a situation where banks were unaware that other institutions were also providing finance.

The trial resumes next week before Judge Martin Nolan and a jury.

Two men killed in separate crashes in Cork and Kerry